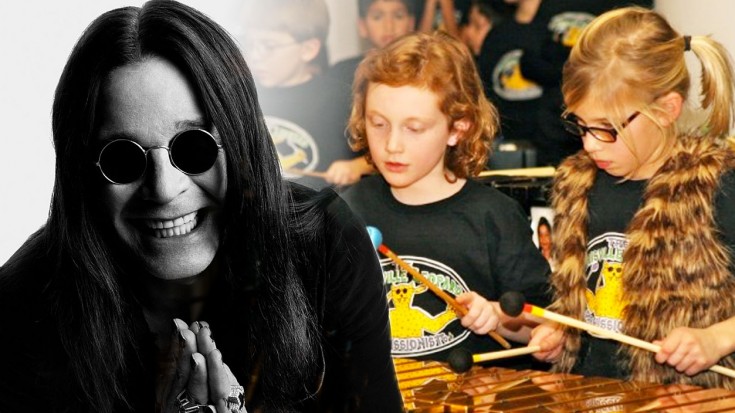 The Little Band That Roared!

I can’t even wrap my head around how talented these kids are, not to mention adorable! The Louisville Leopard Percussionists brought Ozzy Osbourne’s ‘Crazy Train’ to life – with xylophones. How amazing is that?! They took the instrument we all hated playing in band as little kids and made it rock.

So, who ARE these kids?

The sheer joy on these kids’ faces as they shred their way through ‘Crazy Train’ is infectious. I dare you not to smile at the kids jumping up and down, playing a song they clearly love. Shoutout to their teacher for exposing them to amazing music at such a young age.

The Leopards have even gotten noticed by the man himself, Ozzy Osbourne! We know Randy Rhoads would be beyond impressed by the xylophone solo!

Crazy, but that’s how it goes
Millions of people living as foes
Maybe. it’s not too late
To learn how to love, and forget how to hate

I’ve listened to preachers,
I’ve listened to fools
I’ve watched all the dropouts
Who make their own rules
One person conditioned to rule and control
The media sells it and you live the role

I know that things are going wrong for me
You gotta listen to my words, yeah, yeah