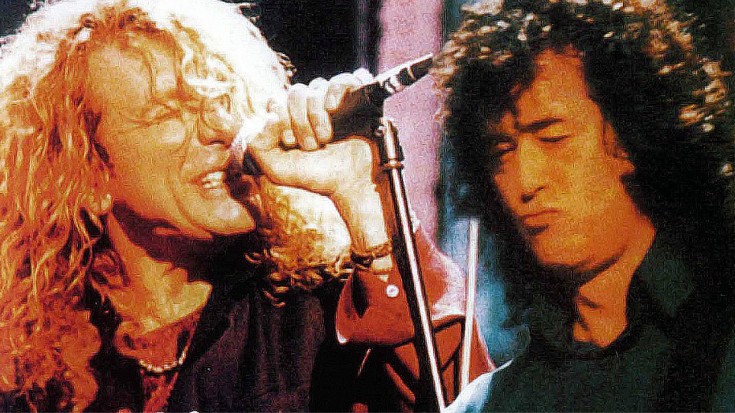 In 1994, Led Zeppelin alumni Robert Plant and Jimmy Page reunited for what had to be the most highly anticipated, long awaited reunions in rock and let MTV document the event in the form of UnLedded, a special edition of MTV’s acoustic show Unplugged. Filmed in Morocco, London and Wales, Page and Plant’s UnLedded proved to be 90 minutes of what’s been described as “a spicy mixture of acoustic folk and old blues” blended together for a brand new interpretation of the Led Zeppelin classics we grew up with.

A few classics, like “The Rain Song” became these stunning, almost theatrical pieces, complete with Page’s rhythm section, 12 Egyptian musicians and 29 string musicians to make it just as mystical as we remember hearing it for the first time on Houses of the Holy.

Fun Fact: John Paul Jones had no idea that Robert and Jimmy were reuniting – in fact, he found out the way fans did: in the newspaper.

For two men who hadn’t spoken since John Bonham’s death 14 years earlier, you’d never know it – the chemistry between Robert Plant and Jimmy Page was off the charts, the perfect balance of push and pull between two of the greatest minds music has to offer. Page’s guitar playing is never more powerful than when an acoustic guitar is in his hands, leaving him free to concentrate on just feeling while Plant delivers a stunning rendition of what he’s called the best vocal performance of his entire career.