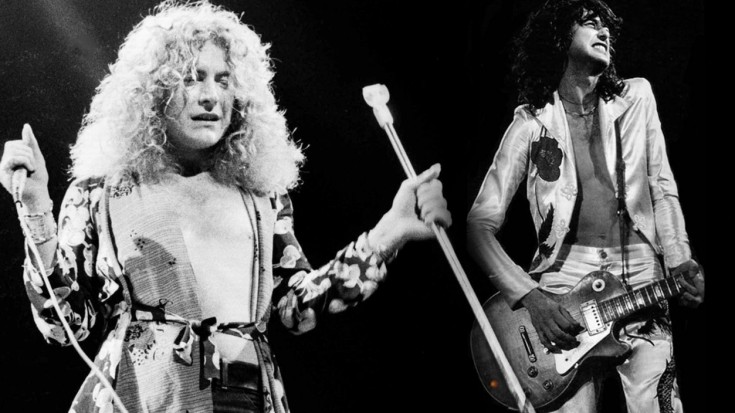 Page and Plant keep taking our breath away

“The title doesn’t appear in the lyrics, and has nothing to do with the song itself. The band wrote the song at Headley Grange, which was a mansion in Hampshire, England.

Headley Grange was out in the country, surrounded by woods. A nameless black Labrador Retriever would wander the grounds, and the band would encourage his presences by feeding the pup. When they needed a name for this track – which didn’t have an obvious title – they thought of the canine and went with “Black Dog.”

“Black Dog” is the opening track on Led Zeppelin 4 , which became the band’s best-selling album! Zeppelin hit the road after the release of their fifth studio album, Houses Of The Holy, and managed to sell-out Madison Square Garden THREE TIMES, the three final shows of the tour. The concert was also filmed for a project (The Song Remains The Same) and was released almost three years later.

The energy Plant and Page give off and the way the crowds sing with the band is so magical. Something every concert-goer has experienced, and can’t be explained… only felt.

All I ask for when I pray, steady rollin’ woman gonna come my way.
Need a woman gonna hold my hand, won’t tell me no lies, make me a happy man.