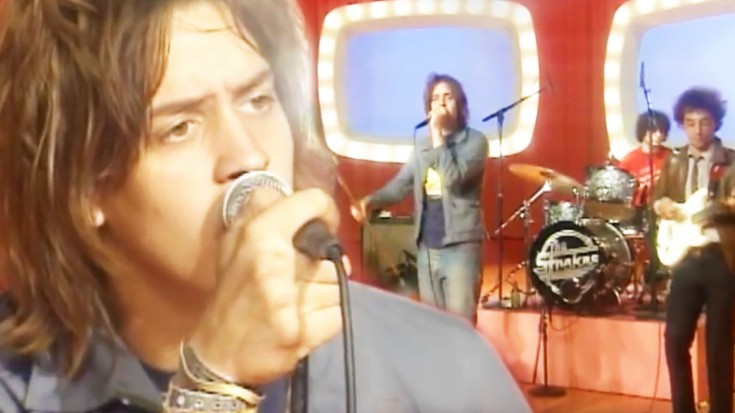 Stepping Back Into The Future

With classic, old fashioned, bulbed out television sets that remind you of an old Beatles gig, The Strokes’ “Last Nite” feels and looks like a blast from the past with a familiar vintage feel, but a modern twist of upbeat, killer vocals by lead singer Julian Casablancas. As their official music video from 2009, The Strokes present themselves as a timeless and subtle rock band without fancy gimmicks

“I wanted it to be like a band from the past that took a time-trip into the future.” – Julian Casablancas

Fitting in with their usual relationship- oriented theme, the track displays a rocky relationship with a neglected girlfriend and restless boyfriend that jumps the gun too quickly to get her out of his life. Throughout the evolution of the funky song, he reflects upon his rash decision that may have just cost him the love of his life.

As the classic rock tended to hit upon the sensitive subjects of relationship troubles, feeling misunderstood and lost and losing yourself to outside forces, The Strokes managed to do exactly what they set out to do: bring classic rock to the future.