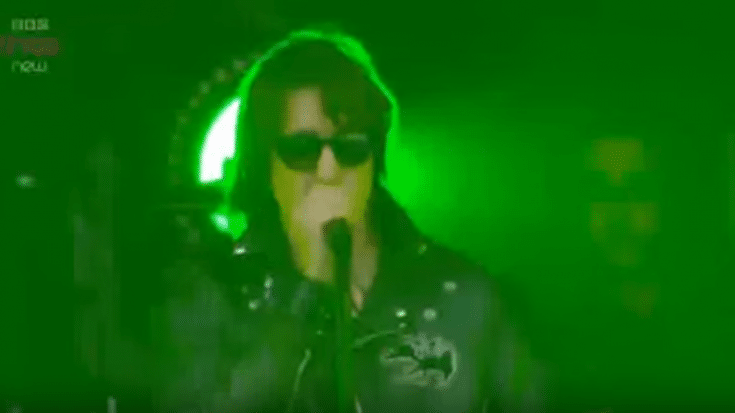 The Strokes Strike Gold With “Reptilia”

In 2003, indie rockers The Strokes struck gold with high-octane fan favorite “Reptilia”. The second track from 2003’s Room On Fire, it’s an up close and personal romp through the best parts of each member of The Strokes; from singer Julian Casablancas’ talent for songwriting to the four pronged guitar-bass-drum attack from bandmates Albert Hammond, Jr., Nick Valensi, Nikolai Fraiture and Fabrizio Moretti, there’s never a moment where someone goes uncelebrated – and there’s certainly never a moment where “Reptilia” doesn’t rock. Deliciously upbeat with a climbing guitar lick from Albert supported by Nikolai’s bassline leading into a perfectly choreographed breakdown, the excitement builds over the course of the song until all hell breaks loose towards the end with The Strokes really giving it everything they’ve got.

In keeping with the song’s formula of showcasing the greatest work of each band member, The Strokes took a minimalist approach to their 2004 music video for “Reptilia”; directed by English film director Jake Scott, the band is shot in a series of extreme closeups of their faces, hands, and instruments and they’re never shot together as a band.

The real treat, however, comes when you watch Julian’s face and see the gradual switch from something relatively calm into something frantic and realizing that as he’s getting more worked up, the band is increasing in volume and pace for an explosive ending that features a special, err, “goodbye” of sorts from Julian that you’ll just have to see for yourselves!