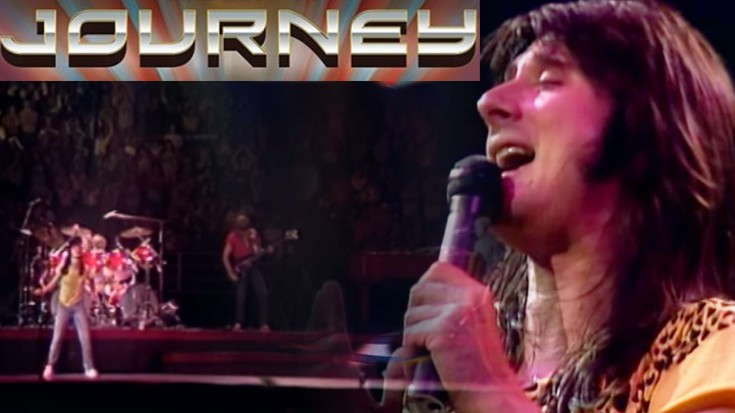 “Just A Small Town Girl!!”- You Know The Rest

Recently made popular again by musical TV Series “Glee”, “Don’t Stop Believin’” is a classic ‘stadium rock’ song by rock heroes Journey. The song was part of the band’s seventh studio record, “Escape” and was released in 1981, achieving great success at the time and ever since, as it became a pop-rock anthem usually covered at karaoke sessions and by choirs, thanks to its inspiring lyrics.

Once described as “the perfect rock song”, this best-selling track, which continues to hold new generations captive with its incredibly progression and riffs, is said to have one of the best keyboard openings of all time, and definitely one that is easy and instantly recognizable.

Being such a rock classic, “Don’t Stop Believin’” has been covered countless times since its original release, both officially and unofficially. It has also been used in several movies, video games and TV series, most noticeable during the final moments of “The Sopranos”. It is also the closing number of the successful Broadway play “Rock of Ages”, as well as its film adaptation.

Funnily enough, although it was never a top 10 hit in the UK, the song is frequently featured in the counties charts, and it was one of the best-selling singles in 2009, as well as bestselling rock song of the digital era up until the beginning of 2014, which is a true testament to the song’s popularity across generations.