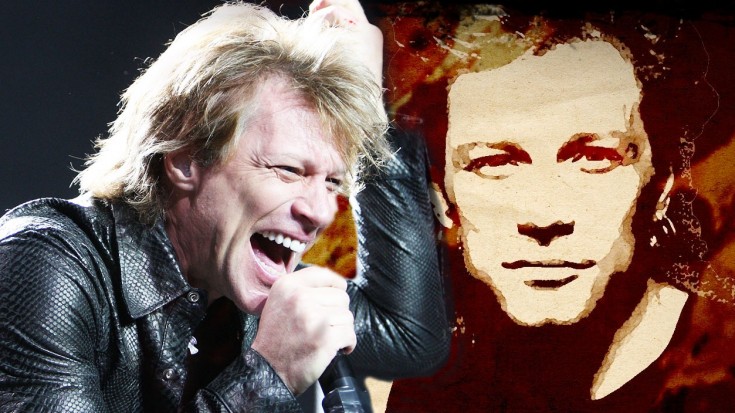 I don’t know anyone who doesn’t love this song. ‘Wanted Dead Or Alive’ by Bon Jovi is one of those songs that was just made for late nights with great friends, singing about the adventures you’ve had and the things you’ve survived.

I think that’s what makes Bon Jovi such a quintessential working man’s kind of band – you can identify with everything Bon Jovi talks about because he’s lived it!

‘Wanted Dead Or Alive’ is about the lonely life of a rock star. Bon Jovi sings about performing to lots of people who all blend together after a while.

Okay, so while we’re not all rockstars, we can empathize with loneliness while being stuck someplace far from home!

“Six string on my back” refers to the guitar, “steel horse” is the tour bus.

I love this video! It’s in black and white – because clearly, there was no color TV in the old west – and features the boys in Bon Jovi both backstage and onstage, being both kings of the universe and tired rockstars just wanting to go home.

For being rockstars, ‘Wanted Dead Or Alive’ sure makes Bon Jovi seem like normal guys just wanting to be back home in Jersey!