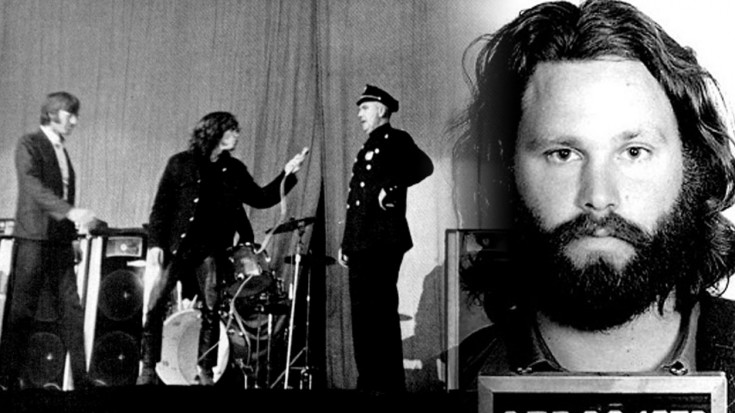 On April 3rd, 1969, Jim Morrison turned himself in to the FBI in Los Angeles. He was charged on six charges of lewd behavior and public exposure at a concert in Miami on March 2nd, 1969.

Exactly what depths of lewdness, lasciviousness, depravity and creepiness did Morrison descend to that the full wrath of Dade County and the State of Florida should be visited upon him? Accounts vary. While vacationing in the Bahamas, The Doors’ lead singer was unavailable for comment. His manager released many statements; that the incident was mere nothing, “just another dirty Doors show. It didn’t seem to be too big a deal,” he added, “until the police chief took it on as his crusade.” A lot of people were very unhappy about Jim’s behavior. It was new, erotic, and before his time. The five other warrants were for multiple charges of indecent exposure, public profanity, and drunk in public.

Jim’s felony charge made him liable to arrest and extradition anywhere in the U. S. The band continued to sunbathe on their own separate islands, with a few shows in The States cancelled. A slap on the hand.

Morrison was later released on $2000 bail.

Check out Jim, and the publics response below!