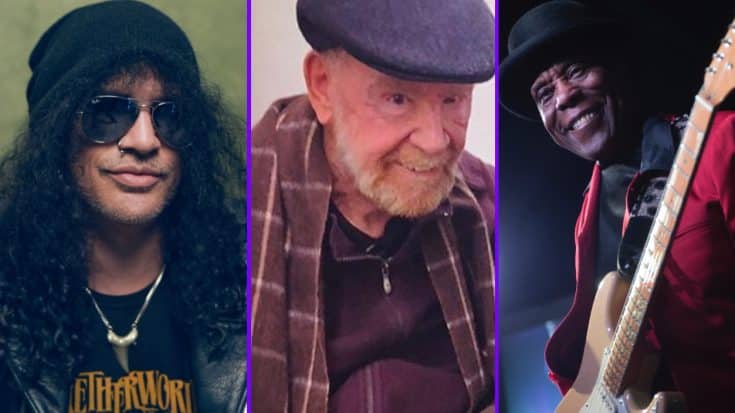 Yesterday, we were incredibly saddened to hear of the passing of Jim Dunlop Sr, founder of Dunlop Manufacturing Inc., one of the most well known and respected guitar gear companies in history.

Jim Sr. founded Dunlop Manufacturing, Inc. in his home in 1965 originally as a chemical engineering company but soon grew into a music gear manufacturer. Dunlop Manufacturing is most known for their signature guitar picks, straps and pedals, most notably the famous “Cry Baby” wah-pedal used by many musicians such as Kirk Hammet, Zakk Wylde, John Petrucci, and Dimebag Darrel just to name a few.

Remembering Jim Dunlop, 1936–2019: Founder of Dunlop Manufacturing and enormously influential innovator of picks, capos, and other guitar accessories, Jim dedicated his life to making it easier and more enjoyable for musicians to express themselves. Driv… https://t.co/WtNAqBbb3p pic.twitter.com/9xeoAgLwD4

Since the news broke, many legendary guitarists have all taken to social media to pay their respects to Jim. Just from this, we can tell that Jim had such an impact on the world of music and hardly a single guitar made sure he went unnoticed.

Here are just some of the tributes posted by some well known guitarists.

RIP #JimDunlop the innovator who's company Dunlop Manufacturing has supplied me with just about every guitar accessory I have ever used. We're going to miss you man. https://t.co/bylaBf9yl1

R.I.P Jim Dunlop. And, thank you! My condolences to the Dunlop family. https://t.co/wM3WMgISVE #dunlopusa

Clearly, the impact Jim made on the guitar playing community was exponentially bigger than he may have even realized. It’s not just his gear, but it’s the confidence the gear gave to the player that truly opened doors for these players that shaped them into the best that they could be.

@LivingColour sends condolences to Jimi Jr, Jasmine, & the worldwide musical Dunlop Family. It’s impossible to overstate the impact of the innovative work of the Crybaby Highlander
Rest In Peace ✌?

Rest In Peace Jim Dunlop. A true legend in this industry. My condolences go out to his entire family in this very sad time. pic.twitter.com/B526MnOg8M

#JimDunlop was an innovator who helped shape the music we love. We are so sad to hear of his passing. Our thoughts are with the @jimdunlopusa family. All our love. ❤️ – Team BG

Thank you Jim Dunlop Sr. for all of the joy and innovation you’ve brought to the world of guitar. I owe so much of my sound and technique to the amazing Dunlop picks I’ve played with ever since I picked up the… https://t.co/0GkOmlzZtt

A few @jimdunlopusa wares that it’s hard to Imagine being on stages and in studios without over the years. Unlike guitars, amps,
pickups etc, these tools of the trade are mostly hidden from listeners, yet no less essential. Thanks Jim Dunlop Sr. @jimdunlopusa R.I.P #jimdunlop pic.twitter.com/YSddKsfzNY

Jim may not be with us anymore, but his timeless music gear will live on forever. I don’t think we’ll ever see the day where his picks, pedals, and straps aren’t an absolute must have for any and every guitar player.