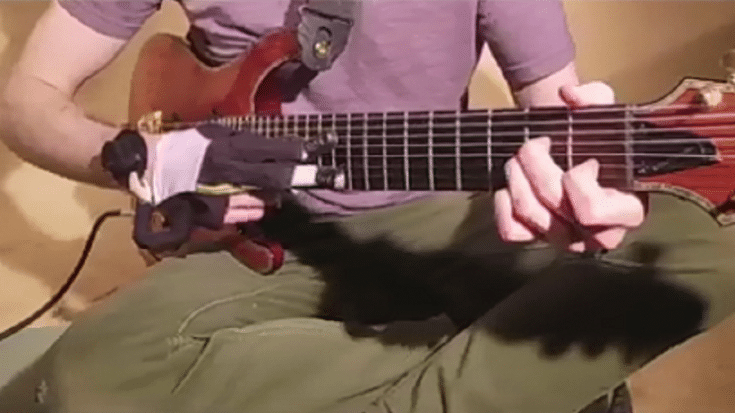 Human creativity continues to astound us. Over the years, we’ve seen countless covers of classic hits in almost all genres and forms. But like in everything else, it’s always the one who thinks outside the box who stands out. Take this guy named Josh Martin for example. We’ve heard several renditions of this song – from “Weird Al” Yankovic’s parody to Sesame Street’s spoof to Glee’s breathtaking cover.

But lo and behold, Martin used a ‘moonwalking’ technique. And in case you don’t know what that is, you just have to watch the video. We won’t spoil it for you.

“When I found this ‘moonwalking’ guitar technique and thought of trying to put together some kind of MJ puppet on my hand, I just laughed at how absurd this idea was and thought it would never work. However, after an embarassing amount of hours writing this part with these little shoes with holes drilled in them stuck on my fingers, it started to seem like it would actually be great. Here’s to not giving up and chasing whatever creative sparks you have no matter how absurd. Should I tab this one out?” – Josh Martin

It’s probably something you haven’t seen before. It’s also equal parts entertaining and impressive. He makes it look easy but we’re sure it took a lot of work to pull this off. Michael Jackson would be so proud!