Watch How John Lennon Explained ‘Lucy In The Sky With Diamonds’ Wasn’t About LSD – LOL! 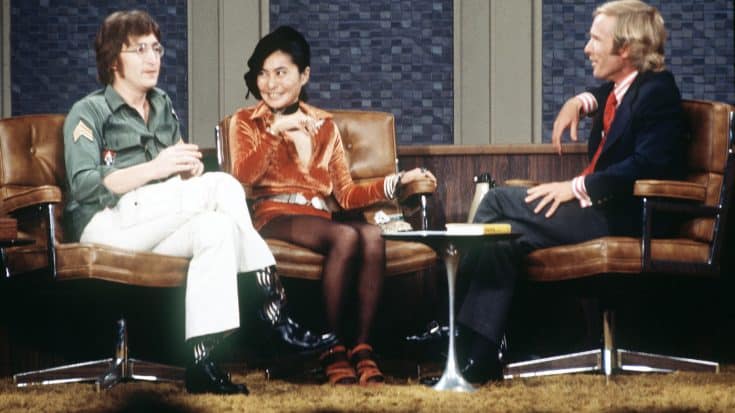 He Spills The Truth

The Beatles’ 1967 hit “Lucy in the Sky with Diamonds” has always been controversial. It’s been accused many times over that it was a song about LSD. Why? It all began when people noticed that the acronym spelled LSD. It was a bit of a stretch, sure, but the rumor persisted until newspapers picked it up. It became so famous that it reached the man responsible for the track – John Lennon.

And in 1971 during a guest appearance on The Dick Cavett Show, Lennon straightened everything out and denied it was LSD. He also shared what inspired him to write it and where he got the idea for the title. Besides, with a talented songwriter like him, he was bound to find inspiration everywhere.

Paul McCartney also said in an interview in 1968:

“When you write a song and you mean it one way, and someone comes up and says something about it that you didn’t think of – you can’t deny it. Like “Lucy in the Sky with Diamonds,” people came up and said, cunningly, “Right, I get it. L-S-D,” and it was when [news]papers were talking about LSD, but we never thought about it.”

If it was really inspired by LSD, it wouldn’t come as a surprise given that The Beatles did experiment with drugs here and there. In 1980, Lennon claimed that the trippy imagery of the song came from Alice in Wonderland.