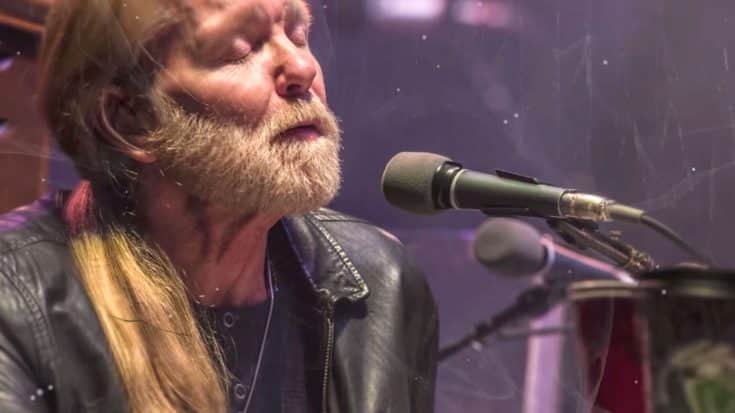 Video Debuts Ahead Of Next Month’s Southern Blood Release

Gregg Allman left us more than two months ago and yet still, even in death, he’s finding brand new ways to surprise and delight. With just weeks to go until the September 8th release of his final album Southern Blood, Allman’s legacy finds him taking one last long, loving look back at the place he called home through the album’s debut single “My Only True Friend,” recalling his lifelong love affair with the open road that often took him away from his beloved south yet somehow became his home and treasured confidant, allowing him ample opportunity to bare his soul for more than five decades.

Fun Fact: In 1970 alone, the Allman Brothers Band performed over 300 dates on the road.

It’s only fitting, then, that the story of their love affair should be told through a music video that artfully pieces together footage of their time together; from snapshots of Gregg in his youth, taken while on the road to rarely seen footage of the late legend at his Savannah home and in the recording studio spliced together with shots of the gorgeous landscape that welcomed Gregg home as it always did at the end of a long journey, “My Only True Friend” is only haunting insofar as it makes you feel like you’re witnessing something you maybe shouldn’t be.

An intensely private look into a man who shared more with us through pen, paper, and the quiet hum of the open road as his soundtrack than anyone could ever hope to, Gregg Allman’s music video for “My Only True Friend” is, like everything else he offered us, an absolute masterpiece.