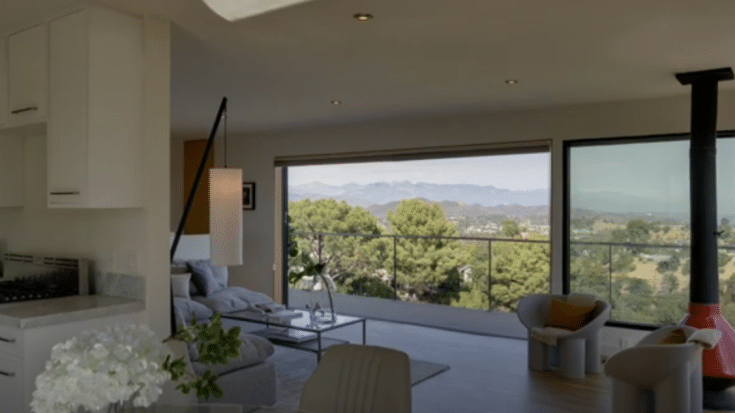 The Rocker Is Kissing His Scenic Home Goodbye

KISS’ Gene Simmons has unloaded his Hollywood Hills pad with spectacular views of downtown Los Angeles for a cool $2 million – its original asking price was at $2.2 million. He bought the property in 2013 for $1.45 million and renovated the bathrooms and kitchen but he retained its mid-century modern feel.

The three-story home sits on a private road in Laurel Canyon – an iconic area best known for housing some of the greatest rock acts of the ’60s like The Doors, Frank Zappa, and Joni Mitchell. With four bedrooms and two bathrooms, the house boasts of spacious deck and living space. It features floor to ceiling windows and high ceilings in the master suite.

Simmons’ other property, a 16,000-square-foot Beverly Hills mansion with seven bedrooms, is still on the market for $22 million. It was the backdrop of his reality TV show Gene Simmons Family Jewels that ran from August 2006 to July 2012. He previously revealed that he’s packing up and moving his family to Washington State because of the high property taxes in California.

He told The Wall Street Journal in October, “California and Beverly Hills have been treating folks that create jobs badly and the tax rates are unacceptable. I work hard and pay my taxes, and I don’t want to cry the Beverly Hills blues, but enough is enough.”