The Songwriting Formula Of Fleetwood Mac 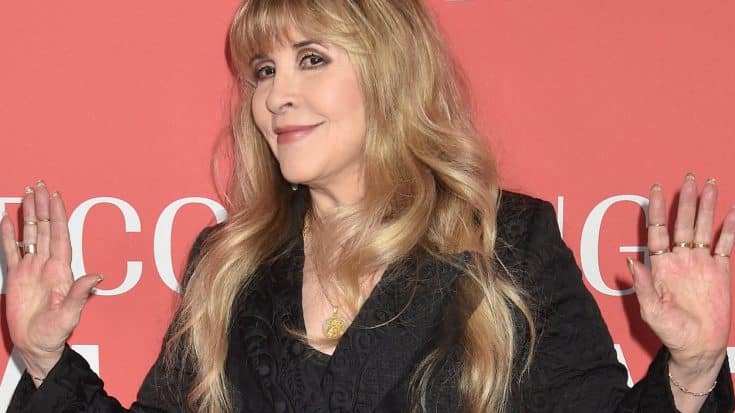 Since forming in 1967, Fleetwood Mac had several lineup changes. They churned out classic hit singles during their Peter Green era but it was the addition of Lindsey Buckingham and Stevie Nicks that became a turning point for them as they finally broke into mainstream and achieved massive commercial success. The pair steered the band towards a more pop rock sound but they also brought drama with them.

And so for this article, we’ll be delving deep into Fleetwood Mac’s songwriting process during the Buckingham-Nicks era.

Ever since The White Album, the first to feature Buckingham and Nicks, their songs were mostly introspective and contemplative. For two of her greatest contributions to the record, Landslide and Rhiannon, it already highlighted what would become a recurring theme in Nicks’ songs. When she’s not contemplating about the past, present, or future, she obsesses with the occult or the supernatural. The White Album was also bookended by Buckingham solo compositions – Monday Morning and I’m So Afraid, both of which signaled the band’s departure from their blues roots and their move towards pop and hard rock. Lyrically, they’re introspective which is typical Buckingham work. He explored his feelings for himself and for his lover.

And then, there’s the magnum opus Rumours which reflected the chaos and emotional turmoil the band members were going through at the time. The bitterness and resentment that came from failing relationships resulted in vitriolic words aimed mostly at each other. It wasn’t just Buckingham and Nicks. Christine and John McVie divorced, and leader Mick Fleetwood found out his wife was having an affair. Rumours became the greatest breakup album of all time. Theme-wise, there’s little optimism or bright side to be found here. It’s all about anger and frustration thrown against each other. Perhaps the only exception is the Christine McVie composition “Don’t Stop” with its cheerful and uplifting vibe.

The rest of their LPs were also good but have unfortunately been overshadowed by Rumours. Tusk, for one, was a bold and risky move but it was nowhere near Rumours in terms of commercial success. Either way, their themes were pretty much the same. It often bordered on cliché but they tackled feelings and emotions that were universal and therefore, relatable. Buckingham summed it up best when he said, “Our real lives have been laid bare in vinyl.”

Taking One For The Team

Most of their songs were written by Stevie Nicks, Lindsey Buckingham, and Christine McVie – sometimes with outside help. Mick Fleetwood and John McVie both had little songwriting credits but “The Chain” is their only song credited to all five band members. Nicks, Buckingham, and Christine McVie are prolific songwriters and Nicks has been writing songs since she was jus fifteen years old.

And as for Buckingham, he explained: “In many ways, I still don’t think of myself as a songwriter. I know I’ve written a lot of songs. I tend to think of myself as a stylist. I think that the way a lot of people do it is they come up with a tangible thing that you can call a lyric and a melody. Then they take it into a situation where it might evolve as a record. I might go in with fragments or ideas that are not particularly well fleshed out, or they’re as well fleshed out as I’m able to make them. And then I start to work the painting.”

Go Your Own Way

Fleetwood Mac’s first top-ten hit in the US, it was written by Lindsey Buckingham and they worked on the track for four months. It’s a breakup song aimed at Stevie Nicks. He recalled, “I was completely devastated when she took off. And yet I had to make hits for her. I had to do a lot of things for her that I really didn’t want to do. And yet I did them. So on one level I was a complete professional in rising above that, but there was a lot of pent-up frustration and anger towards Stevie in me for many years.”

Nicks didn’t appreciate the lyrics and it stung. She said, “I very much resented him telling the world that ‘packing up, shacking up’ with different men was all I wanted to do. He knew it wasn’t true. It was just an angry thing that he said. Every time those words would come onstage, I wanted to go over and kill him. He knew it, so he really pushed my buttons through that. It was like, ‘I’ll make you suffer for leaving me.’ And I did.”

Go Your Own Way is one of their most enduring songs especially because of Buckingham’s guitar solo which is perhaps his finest moment.

Stevie Nicks wrote this in just ten minutes. When she first played it to Fleetwood Mac, they weren’t crazy about it but it was Buckingham who helped transformed the track. Nicks told The Daily Mail, “I remember the night I wrote ‘Dreams.’ I walked in and handed a cassette of the song to Lindsey. It was a rough take, just me singing solo and playing piano. Even though he was mad with me at the time, Lindsey played it and then looked up at me and smiled. What was going on between us was sad. We were couples who couldn’t make it through. But, as musicians, we still respected each other – and we got some brilliant songs out of it.”

This song experienced a resurgence in popularity last year after a TikTok video of a guy named Nathan Apodaca went viral. He’s skateboarding down the road while lip-synching to “Dreams”.

This masterpiece resulted from combining previously rejected materials. It has elements of hard rock, folk, and country. According to Mick Fleetwood, “‘The Chain’ basically came out of a jam. That song was put together as distinct from someone literally sitting down and writing a song. It was very much collectively a band composition. The riff is John McVie’s contribution – a major contribution. Because that bassline is still being played on British TV in the car-racing series to this day. The Grand Prix thing. But it was really something that just came out of us playing in the studio. Originally we had no words to it. And it really only became a song when Stevie wrote some.”