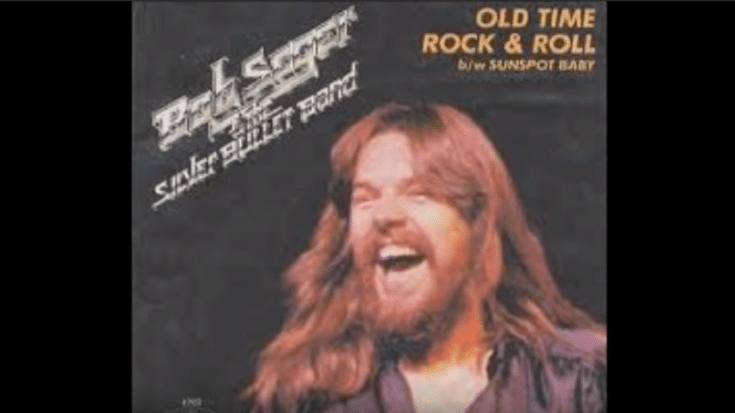 In a recent appearance on the Ultimate Classic Rock Nights radio show, rocker Bob Seger told Uncle Joe Benson how fans helped the classic hit “Old Time Rock and Roll” secure a spot in the massively successful 1978 LP Stranger in Town. When he received the demo from The Muscle Shoals Rhythm Section, Seger rewrote almost everything and only retained a few verses. However, he didn’t take any songwriting credit.

He said, “They had a local singer on the track, and I took the track home [and] said, ‘That’s interesting.’ I didn’t like the words. I liked the ‘old time rock ‘n’ roll’ part, but that’s the only thing I kept. I rewrote all the [other] words. I played it for my manager, and he said, ‘Oh, man, yeah!’ … The band didn’t really like it, because they felt like it wasn’t deep gut-bucket rock ’n’ roll like they liked to do.”

He had his doubts about the track and so did his backing band. But when he toured Europe with the Silver Bullet Band, they haven’t released Stranger in Town yet but they played “Old Time Rock and Roll” in Belgium and according to Seger, “people … went nuts for it. And I said, ‘I think we oughta use this song!’”

He added, “And then of course [the Silver Bullet Band] wanted to cut it themselves. I said, ‘It’s too late!’ And I just called my manager up and said, ‘Put it on the album.’ It was the last song we added to Stranger.”

“Old Time Rock and Roll” has been used in several TV shows, movies, and commercials.