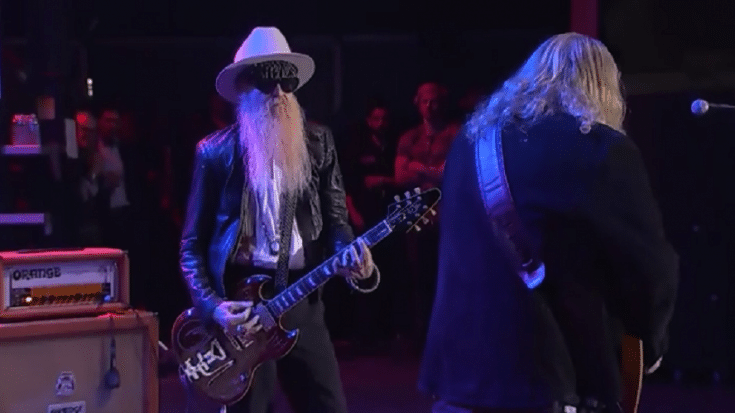 ZZ Top guitarist Billy Gibbons teamed up with an all-star lineup for the Guitar Legends 3 benefit concert which happened on November 24 in San Diego – it served as the closing event for the inaugural Waterfront Festival. A few days ago, on December 27, the show was aired on the CW. Gibbons joined Heart’s Nancy Wilson and Toto’s Steve Lukather for their take on ZZ Top’s 1979 classic “I’m Bad, I’m Nationwide.” After which, he took on a Merle Haggard original “Workin’ Man Blues” with Gov’t Mule’s Warren Haynes.

In a statement to Rolling Stone, Gibbons said: “We’re all excited about the third installment of Guitar Legends, a gathering of great players, and a good time for a good cause.”

This was the first time that Guitar Legends was not a standalone event, instead, it was part of a festival. You can listen to the concert’s soundtrack on streaming services. All proceeds will still benefit America Salutes You.

Check out the performances below.