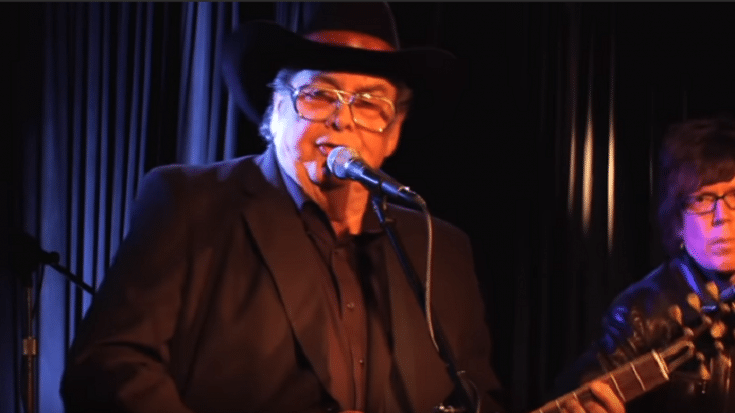 Sleepy LaBeef, known for hits like “Every Day” and “All Alone,” died at the age of 84 on Thursday just after Christmas. His family took to Facebook to confirm the news. According to his wife Linda’s post on December 26th, “He died at home, in his own bed, surrounded by his family who loved him, and whom he dearly loved. He lived a full and vibrant life, filled with the excitement of much travel and experience, the contentment that came from being able to spend his life doing what he loved best, and the fulfilling love of his wife, children, and grandchildren around him.”

Cause of death is still unknown.

Sleepy LaBeef was born Thomas Paulsley LaBeff. He was nicknamed Sleepy because of a lazy eye. He grew up in Arkansas but as soon as he turned 18, he packed his bags and moved to Houston, Texas. His passion for music eventually took him to Nashville where he adapted a solid country style. He had a string of hits from the late ’50s and throughout the ’60s.

In the ’70s, his popularity waned but even so, he continued to perform live. He even ventured into acting territory – taking part in Ron Ormond’s 1968 The Exotic Ones. In 2018, he took the stage at the 5th annual Ameripolitan Awards in Memphis. His final performance was on September 2019.