23-Year-OId Eric Clapton Talks About His Guitars And Even Plays A Few Licks! 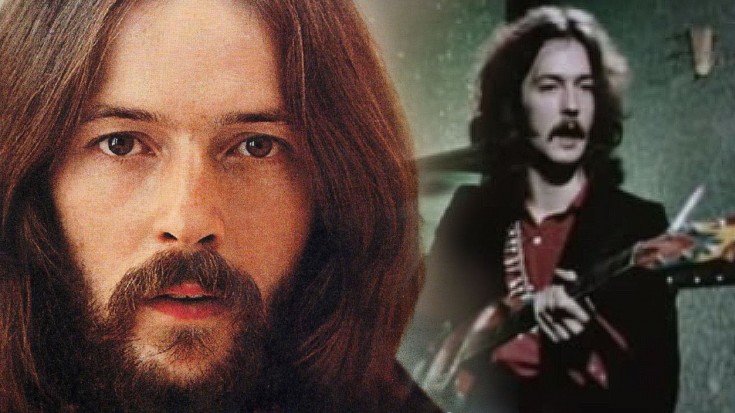 Behind The Scenes With Eric Clapton

It’s hard to believe that in this exclusive interview, Eric Clapton is only 23 years old, with the best part of his career still decades away! It was 1968 and Clapton was at the top of his creative game; Cream was on its farewell tour, and already Eric was widely regarded as one of the best guitarists in rock and roll, second only to his friend and rival Jimi Hendrix.

Fun Fact: One of the most difficult skills to master, Clapton says, is the vibrato.

This exclusive interview was featured on Cream’s Farewell Concert, and Eric generously dishes to the BBC film crew about his tricks and secrets to obtaining that signature sound.

From his struggle to master the vibrato to explaining how to alter sound and tone, Eric is beyond gracious and excited to answer the film crew’s questions, undoubtedly creating a love for the guitar in at least one of them!