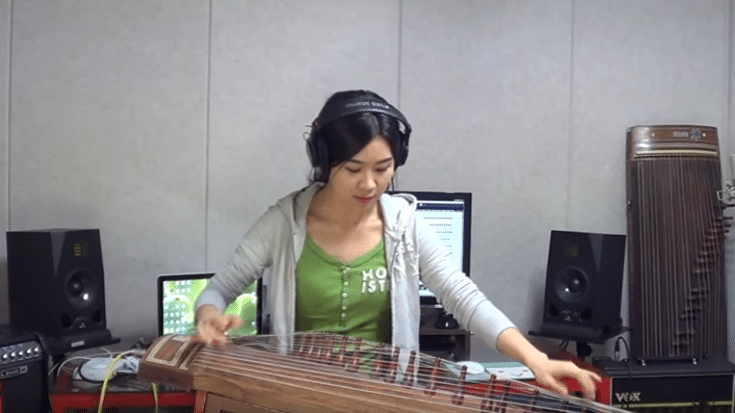 LUNA has become widely popular on the internet because of her cover of Jimi Hendrix’s “Voodoo Chile.” But it doesn’t end there. She’s been playing her own rendition of other classic tunes as well and it’s just mind-blowing basically because you don’t always get to see people playing this traditional Korean string instrument.

First, Gayageum is the main instrument used in my music. Even though Gayageum is the traditional instrument of Korea, it goes very well with various genres of modern music. I play all sorts of pop music including Rock, Blues, etc. In short, my music is a way to show you the various attractions and potential of the Gayaguem instrument.

As you can see in her videos, she’s one VERY talented musician. She’s got excellent skills and even makes it look easy! Just watching her take on this timeless SRV song already made me smile. What a way to keep the blues alive!

A lot of people influence my music, although not quite the music itself, but my feelings, and then those feelings are expressed as the music. So I can say that anyone, not just musicians, inspire my music. I think music delivers what the musicians or song-writers are truly feeling. So as a musician, I think musicians should work hard on their inner-self too.

Can’t wait for her next cover tune!