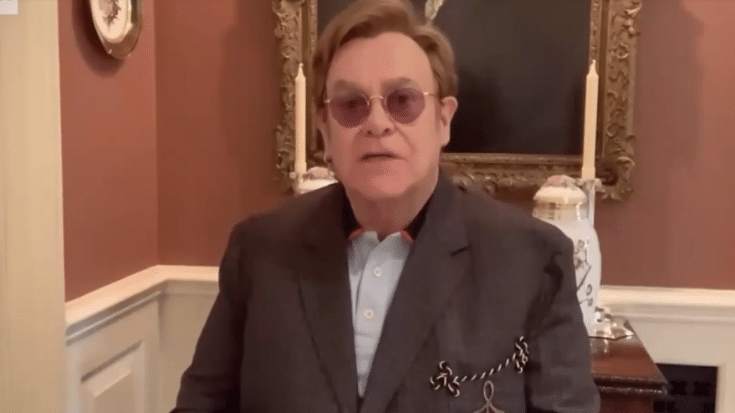 via The Independent UK

During the US Global Leadership Coalition’s virtual ceremony, infectious diseases expert Dr. Anthony Fauci was presented with the Lifetime Achievement Award for his work on the global HIV/AIDS crisis.

Elton John honored and commended Dr. Fauci during the celebration. The legendary musician founded The Elton John AIDS Foundation in 1992 that works to fight AIDS/HIV and end the stigma.

John said, “There are very few people on this planet who have dedicated themselves to a lifetime of service to save millions of lives like Dr. Fauci. His unwavering commitment to public health and innovation has transformed the approach to HIV. And it is his leadership and persistence that will ultimately help us overcome the COVID-19 pandemic.”

During the event on Tuesday night, he recalled the early years of the AIDS epidemic in a conversation with former first daughter Barbara Bush as “putting Band-Aids on hemorrhages with no drugs available, watching literally all of my patients die.”

He was also asked if he believed he would see an AIDS-free generation in his lifetime. He responded with optimism but stressed that people should be persistent in combating the deadly disease. He said, “When Covid essentially becomes the rearview mirror, HIV is still going to be there. And that’s the thing that we have to do. We have to keep our eye on that and never let that — the end game of ending this is, to me, we’re going to get there, and we’re going to get there while I’m still around, I can tell you.”