Die Hard KISS Fan/U.S. Marine Wanted To Be Part Of The Show | Band Decides To Make That Happen! 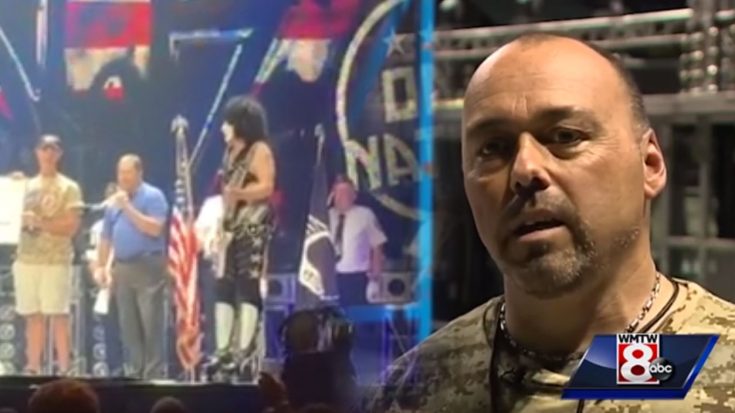 A Fitting Gift For An American Hero!

Aside from all the theatrics and all the great music, legendary rock and roll hall of famers KISS are also known for their great support for our nation’s fighting forces. It is well known that the band will jump on every opportunity possible to give back to veterans of our military, which is one of many things that makes them great! Case in point, what the legendary rock band did for a U.S. Marine in Portland, Oregon.

This video here is news footage of when KISS came to Portland and partnered up with an organization called Hiring For Heroes. This time around, Sergeant Scott Lewis was the one to receive the ultimate gift. KISS and Hiring For Heroes partnered up to make it so that Scott Lewis could be the roadie for the day, but that wasn’t the only gift he got for the day. As it turned out, next to being able to help set up the grand stage for the band, he also got to do THIS! Check it out!