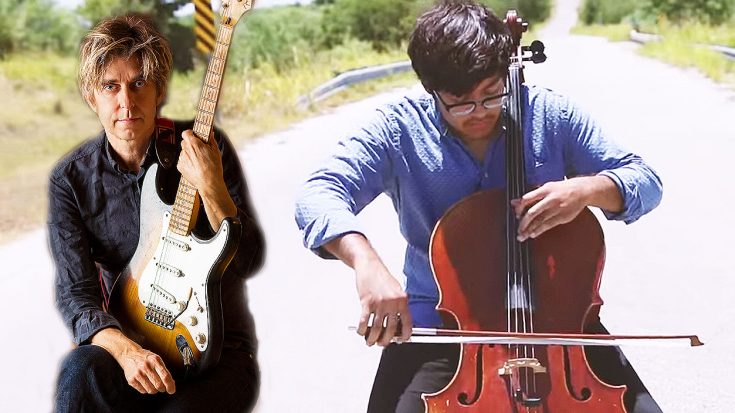 A classical rendition of a classic rock favorite

The “Cliffs of Dover” by Eric Johnson is one of classic rock’s most finest pieces of music. It’s beautiful, melodic and takes incredible skill on the guitar to shred. Personally, it’s one of my favorite instrumental songs of all time. But hearing the song being played on the cello almost makes it all the more better. YouTuber Roman Soto, who is a 4th year student at the Berklee College of Music, took this amazing piece of music and was able to shred it on the cello, creating the perfect mix between classical and classic rock sound!

Fun Fact: Johnson claims that he wrote “Cliffs of Dover” in about 5 minutes, and that it was kind of a fluke. He was messing around and his mom said what he had played sounded nice, and she believed it would be a hit. Little did Eric know, she was right!

Check out Roman’s fingers and how fast they are moving! It’s impressive because the strings on the cello are much thicker, and the frets aren’t marked like that on a guitar! He is a student at Berklee, which is a prestigious university that only accepts the best of the best musicians. No wonder this kid got accepted!

With that said, enjoy Roman going to work on this classic down below and let us know what you think!