Stevie Nicks’ Career Has Been Nothing Short Of Amazing, But There’s One Thing She Regrets… 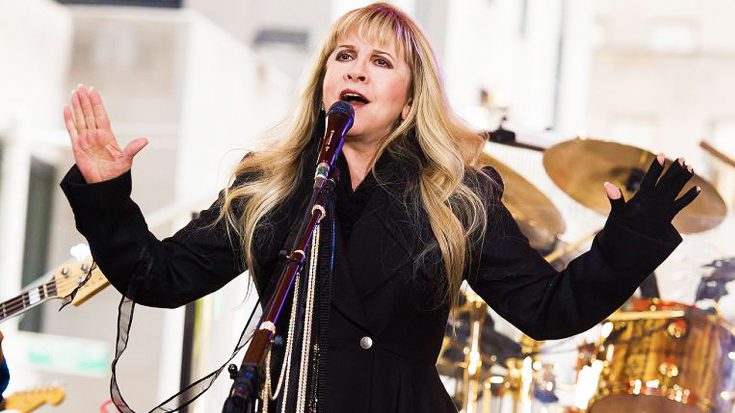 This week Stevie Nicks announced that she will be heading out on tour with The Pretenders. It’s Stevie’s first tour in 5 years, and although many are sad it’s not with Fleetwood Mac, watching her perform live will be a treat no matter what. In a recent interview, Stevie was asked if there’s one thing she’s regretted throughout her long and storied career, and responded with a brief answer: doing so many drugs.

“Yes, it (doing drugs) was a lot of fun between 1975 and 1990 – until it wasn’t. I walk onstage every night now and do a three-hour show with Fleetwood Mac, and I have a great time up there. I wish I had known that I actually had the energy to do this entire set totally sober and get just as excited. On one hand, that makes me feel great and on the other it makes me sad that I ever did my first line of coke.”- Stevie confessed.

Her regrets are understandable, but it’s even better to see her own up to them! She truly is a wonderful performer, and doesn’t need drugs to make herself look, or sound amazing. In the interview, Stevie also spoke about what current artists she’s a fan of, and cited Adele as one of them. They are similar in a way!

Check out Stevie’s performance of “Landslide” in Chicago down below!