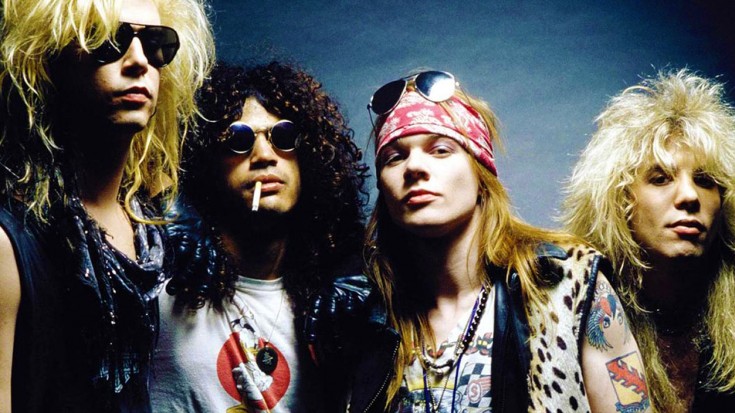 Earlier this week, it was reported that Aerosmith frontman Steven Tyler had a huge role in mending the 20 year rift between Guns N’ Roses alumni Axl Rose and Slash, and was the catalyst behind the band’s highly anticipated Appetite For Destruction-era reunion this spring.

We were excited to see Steven add “Rockstar Mediator” to his already impressive résumé as he helped reunite one of our favorite bands – but according to the Guns N’ Roses camp, the “Red, White And You” singer may have taken a little too much credit for the reunion.

Wow! It sounds like there’s a bit of a disconnect between Guns N’ Roses and Steven Tyler’s role in the exciting year they’re gearing up for. No word yet as to Steven’s thoughts on the matter, but in true rock and roll fashion, it’s bound to be entertaining!