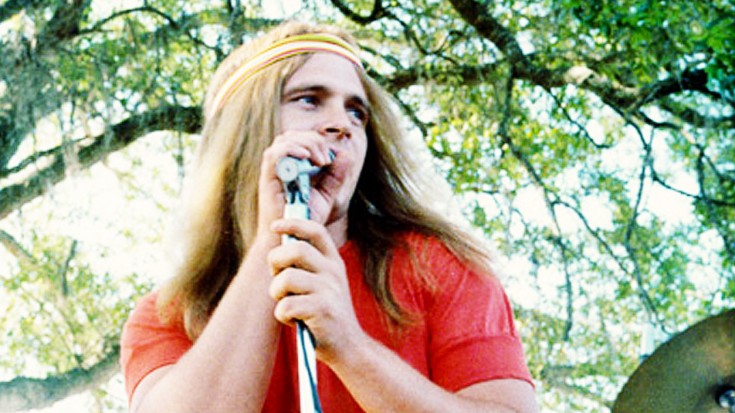 Lynyrd Skynyrd’s “Was I Right Or Wrong” was originally recorded in 1972 but due to unclear complications, the quality and clarity of the disc became compromised which delayed the demo’s release until the re-recording of Second Helping in 1974. As the original demo, there is nothing more stunning than this artist’s true vocal ability set against live music in pristine quality.

Interesting Fact:  “Was I Right Or Wrong” is not a reference to Ronnie’s father, Lacy Van Zant, who is often referred to as the “Father of Southern Rock.” Lacy was extremely supportive and still is of his childrens’ dreams.

As an extremely personal story, “Was I Right Or Wrong” exposes the consequences of pursuing a musical career on the road as pro’s and con’s of leaving family behind are contemplated throughout the musical expression.

Granted the track on Second Helping of “Was I Right Or Wrong” was and still is extremely powerful, but hearing Ronnie’s vulnerability and talent on this rare tape is so hauntingly beautiful that it almost doesn’t seem real. Demos tend to truly expose the simplest measurements of artist’s voices and abilities and leave them defenseless against the mic, and Ronnie was the ultimate contender.

+ Was I Right Or Wrong Lyrics +

Like a restless leaf in the autumn breeze,
Once, I was a tumbleweed
Like a rolling stone, cold and all alone,
Livin’ for the day my dream would come

Never cared for school or any golden rules
Papa used to always say I was a useless fool
So I left my home to show ’em they was wrong
And headed out on the road, singin’ my songs

Then one sunny day, the man, he looked my way
And everything that I dreamed of, it was real
Money, girls, and cars and big long cigars
And I caught the first plane home so Papa would see

When I went home to show ’em they was wrong
All that I found was two tombstones
Somebody tell me, please, was I right or wrong?
Lord, it’s such a sad song

At first I got lost, then I got found
But the ones that I loved were in the ground
Papa, I only wish you could see me now
Take a listen Papa, I learned how to play my guitar, superstar
Play one for momma now

If there’s any way that you can hear what I say
Papa, I never meant to do you wrong
All the money, girls, and cars,
And all the world’s long cigars,
Papa, I just want you to know,
They couldn’t take your place