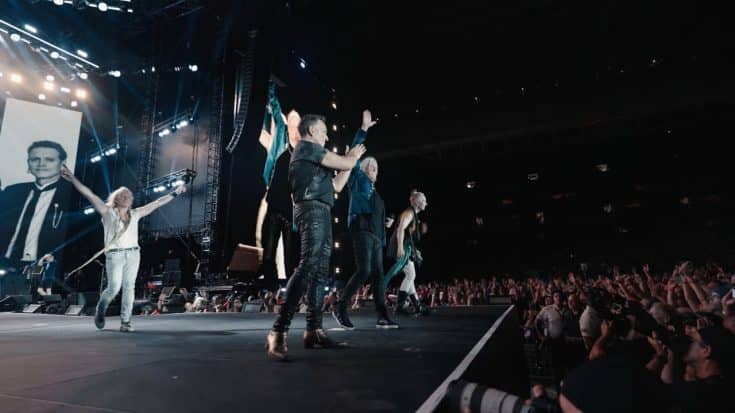 Def Leppard shared their favorite moments from their 2022 Stadium Tour with Motley Crue.

After their widely successful 2022 Stadium Tour co-headlining with Motley Crue, Def Leppard recently issued a new video package. The material featured the band members sharing some of their most highlighted moments from their recent highly successful tour.

In the opening of the video, Def Leppard was on the road promoting their latest album. It is then followed by a scene asking Joe Elliott about his favorite moments from the past tour. He said:

“What was my favorite moment on this tour? I can honestly say – 36 times – the opening to the set. When we’re stood behind that screen and it starts to go up on the beginning of ‘Take What You Want’, it’s the most satisfying moment because we are going on stage – in front of anywhere between 30-40,000 people – playing a brand new song on The Stadium Tour.”

“It just meant so much to us; it wasn’t just a nostalgia fest – it would have been had we done the tour in 2020 we’d have had no new music, but Covid gave us that opportunity to write a new record. And, to be able to play three (new) songs, it just made our hearts sing so much, you know. The anticipation: we’re waiting backstage, last song plays off the tape, and then the lights go down – it just doesn’t get any better than that moment. Just spectacular!”

In 2023, the band plans to hit the world stage with Motley Crue for the second time. They will be playing dates across Latin and South America and will be heading to Europe. Check out the video below.