Concert Pianist Joins Metallica On Stage For Unforgettable, Riveting Performance Of ‘One’ 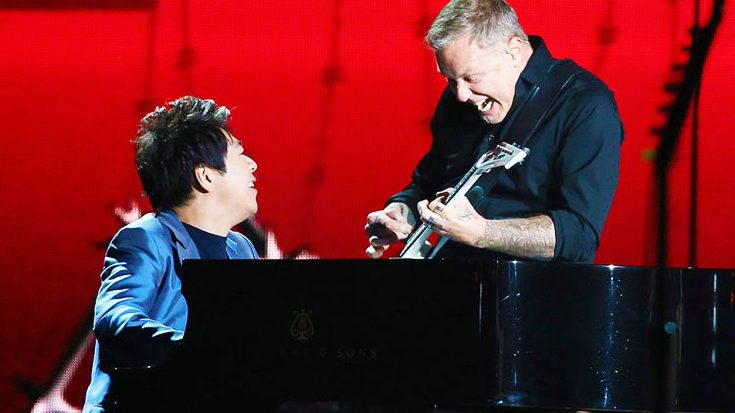 This might be our new favorite version of this tune!

Metallica have always been regarded as one of the heavier bands in rock history! The band’s songs are intense, and always feature erratic guitar playing as well as dark lyrics. However, every now and then, they will add something else to spice up their music.

During a recent performance in Beijing, China Metallica invited Chinese concert pianist Lang Lang onto the stage for a new take on the band’s epic song “One.” Lang’s contribution on piano adds a certain intensity to the song. It definitely adds another layer, and helps build the song up! Not only that, the beautiful piano solo leading up to the song sets the scene perfectly!

Fun Fact: This song is about a soldier fighting in a war and a mortar blows off in his face. He can’t hear, see, smell, taste and he doesn’t have arms or legs. He comes out of a coma in a hospital. During the time he is in the hospital he reflects on his life and things his father told him. Eventually the doctors get worried because he’s having spasms all the time, but he doesn’t seem to be dying. They call in the general and he can’t figure it out either but the soldier with the general recognizes it. “Its Morse code,” he says. The general asks what he is saying and the soldier looks for a minute and then says, “He is saying K-I-L-L- M-E over and over again.”

Check out the insane performance down below, let us know what you think!