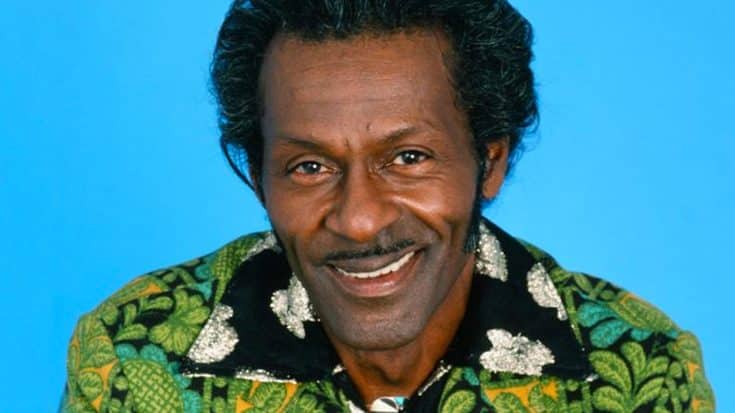 “All Of Us In Rock Have Now Lost Our Father,” Laments Alice Cooper

Chuck Berry’s death this weekend at the age of 90 came as a shock to the rock world. Sure, he was 90 and he’d lived an incredibly full, incredibly awesome life and logically we knew that eventually his time would run out, but like so many others before him, there was something powerfully defiant and electrifying about Chuck that foolishly made us believe he’d live forever; after all, this was a man who had zero qualms about punching you in the face for touching his belongings without his permission.

A true master whose love for all things electric blues spawned his aggressive guitar sound and promoted the electric guitar to a starring role in rock bands, Chuck’s death leaves a void in the rock world unlike any other, friends and colleagues coming out in droves to honor the man they lovingly call “The father of rock and roll”. Here’s a look at some of what rock’s best and brightest had to say:

His lyrics shone above others & threw a strange light on the American dream. Chuck you were amazing&your music is engraved inside us forever

My profound respect and admiration to one of the founding fathers of rock and roll, who sadly passed today — the late, great CHUCK BERRY

He had a gtr style that influenced so many generations of players. Oh yes and how to write a great RnR song. Rest in peace dear Chuck https://t.co/bWQogYSyqw

Rest in Peace Chuck Berry….one of the original rock and roll guitar legends….thank you for the music!

RIP #ChuckBerry, the genesis behind the great sound of rock n roll. All of us in rock have now lost our father. pic.twitter.com/VazeRI4VvM

And Ted Nugent, Who Said It Best…