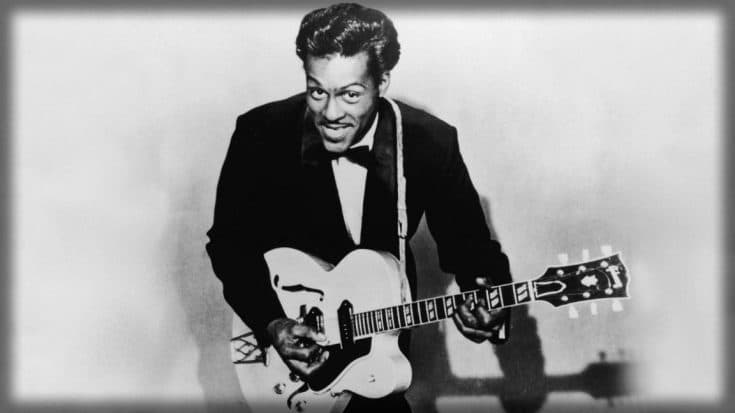 It’s a dark day for the rock world as we say goodbye to a legend of the highest order. Chuck Berry, rock and roll pioneer, has died at the age of 90, bringing an end to a man we thought would live forever.

Berry was found dead this afternoon at a residence outside of St. Louis, Missouri; paramedics responded and despite aggressive attempts to revive the legend, Berry’s death was pronounced at 1:26pm.

Admired by John Lennon, idolized by The Rolling Stones’ Keith Richards, and fiercely respected the world over for his world class showmanship as both a guitarist and entertainer, Chuck is widely regarded as the father of rock music, breaking racial barriers and changing the way we write, record, perform and listen to rock and roll with classics like “Johnny B. Goode” and “Sweet Little Sixteen,” and his loss to the world cannot be overstated.

John Lennon had it right when he said, “If you tried to give rock and roll another name, you might call it ‘Chuck Berry.'”

Our hearts are with Chuck’s family and friends during this difficult time, and we thank him endlessly for keeping us singing and dancing for all these years.