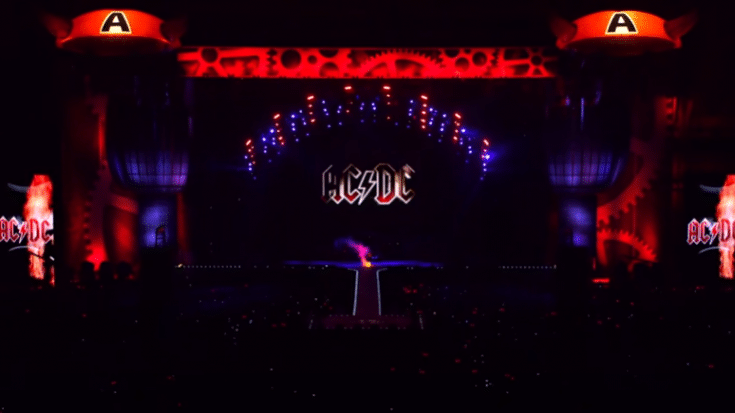 When a band as legendary as AC/DC boasts not one but TWO stellar frontmen and lead vocalists, chances are, there will be endless debates about who’s better. We won’t be including original singer Dave Evans because most fans would probably want to forget that once upon a time, AC/DC was a glam rock group. So we’ll just focus on these two eras.

AC/DC is celebrating the 40th anniversary of their landmark album “Back in Black” but it’s more than just a seminal record for them as it also served as the transitional piece from the Bon Scott to the Brian Johnson era. It was the first album that featured Johnson on the mic following Scott’s untimely and tragic death. The band considered breaking up but their friends and family urged them to continue and it was a spectacular comeback.

Bon Scott was gone way too soon but even so, he left an indelible mark in rock. He wrote several of AC/DC’s classic hits and he helped them achieve international stardom – too bad he didn’t live long enough to witness the band achieve massive success with “Back in Black”. He was charismatic, cheeky and shamelessly flirtatious on stage. He knew how to captivate the crowd with a smile, or even a smirk. Just check out this performance of “Highway to Hell”.

He belted out the high notes almost effortlessly and the crowd would always go wild. He had so much energy on stage that he often upstaged the manic Angus Young. And as for the voice, his whiskey-soaked vocals became a distinctive feature in AC/DC’s songs. And he wrote songs which border on sordid and well, testosterone-fueled at that. Case in point – “Whole Lotta Rosie.”

Brian Johnson stepped up and filled in for Scott after his death. At the time, AC/DC already had a pretty loyal following and they only needed a little push to get them to the top – Johnson achieved that and more. Quality-wise, Scott wrote better songs but Johnson made up for it with his versatility in terms of vocal styles. He has an amazing range and he could go from soulful to powerful and raspy like in “For Those About To Rock (We Salute You).”

He’s not overly flirtatious on stage but his stage presence is no joke. He’s fronted the band for decades and while they did churn out a few mediocre or downright awful albums, that doesn’t take away the fact that Johnson contributed much to their international success. He came at a difficult time but with him, AC/DC rose to the top and finally got the recognition they deserved.

So, who is better?

It entirely depends on what you’re looking for. They both have gritty vocals and they could keep up with the ball of energy that is Angus Young.

Whereas Scott was a sexy and sleazy devil, Johnson was on the likable and lovable side. Scott’s mostly associated with the raw, dirty, and wild side of AC/DC’s rock while Johnson is well, more polished. And the thing is, they’re both in awe of each other’s talent. Scott told Angus Young about the time he saw Johnson play with his band Geordie and thought he was great.

Bon Scott and Brian Johnson both brought something new, different, and exciting to the table. And it’s undeniable that each of them did so much in the way of catapulting AC/DC to legendary status.