Blackberry Smoke Keep The Spirit Of Southern Rock Alive And Well With New Album, ‘Like An Arrow’ 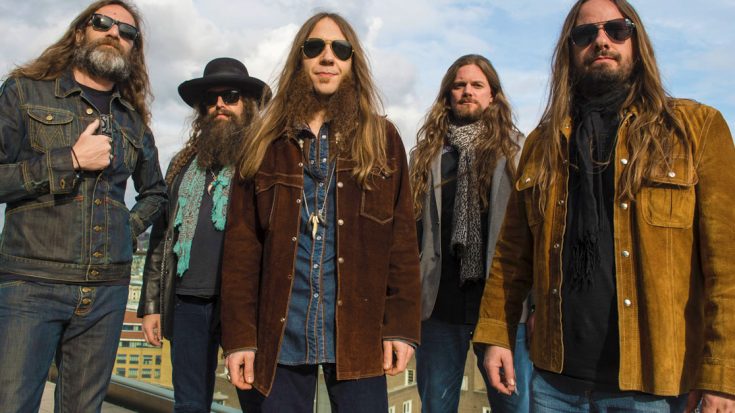 When it comes to Blackberry Smoke, there are three things we’ll never forget: the first time we heard them, the first song that really grabbed us by the shirt collar and said, “Listen up,” and the way they’ve made us feel – on and offstage.

Our unforgettable journey with Blackberry Smoke began a few years ago when we came across “Livin’ Hell” and thought it was the single greatest thing we’d ever heard, immediately running to iTunes to snap up every album with their name on it and telling everyone we knew about this band that somehow managed to take rock, blues, and country music and seamlessly weave them all together to create a stunning musical landscape that hits you like a left hook and leaves you begging for more.

Now, with the release of their self produced fifth studio album Like An Arrow, Atlanta’s finest are carrying on their time honored tradition of crafting music to last a lifetime – and we’re beyond excited to hear the next chapter in Blackberry Smoke’s career.

As Real As They Come

Comprised of the fiercely talented Charlie Starr, Brit Turner, Richard Turner, Paul Jackson and Brandon Still, Blackberry Smoke’s legacy as one of the greatest (and quite frankly, most important bands to emerge in the last 20 years) is compounded by a fierce work ethic that’s seen the band touring nonstop, headlining the best venues the world has to offer. With their searing brand of real, raw Southern rock, it’s no wonder that their devoted fan base includes everyone from ZZ Top to late country legend George Jones!

Giving Back, One Album At A Time

Blackberry Smoke are the real deal, and we’re not just talking about their music.

When they’re not on the road or hard at work in the studio, you’ll find Blackberry Smoke finding new and meaningful ways to give back. Whether it’s ensuring that their merchandise is made in the USA, helping feed families right here at home or in the case of drummer Brit Turner, donating to children’s cancer charities to support the research that helped save the life of his precious little girl after she was diagnosed with neuroblastoma, Blackberry Smoke isn’t just a band .

They’re America’s band, our band, and we wouldn’t have it any other way.

Preorder your copy of Like An Arrow now before it’s released on October 14th and in the meantime, check out “Waiting For The Thunder” – it’s one of our favorite tracks, and we’re sure it’ll be yours too!

Blackberry Smoke’s new album ‘Like An Arrow’ is available now for preorder on iTunes, Amazon, and Google Play for Android users. Get it now!