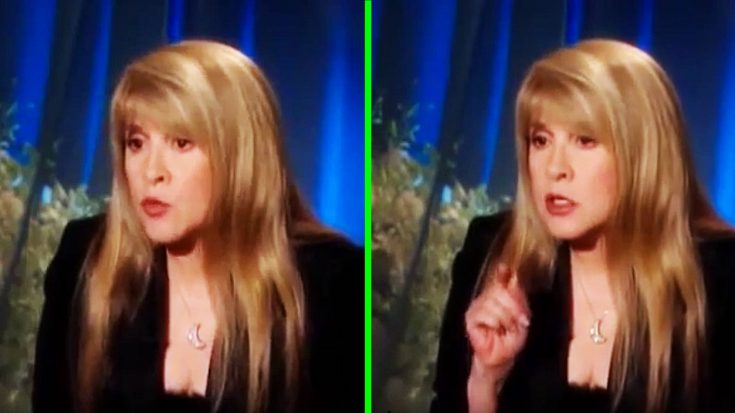 Stevie Nicks Is Beautiful… Yet Candid!

Stevie Nicks is truly one of the most beautiful things about music, even today. She has many nicknames. Fairy Godmother, rock goddess, queen, and so on and so forth. But a new one to give her is… ‘Cellphone Shamer’?

Can you even imagine a scenario where Stevie Nicks is offending anyone or anything? As we’ve said before, she can really do no wrong, so the answer to that question is NO. But if you’re a cellphone user, proceed with caution!