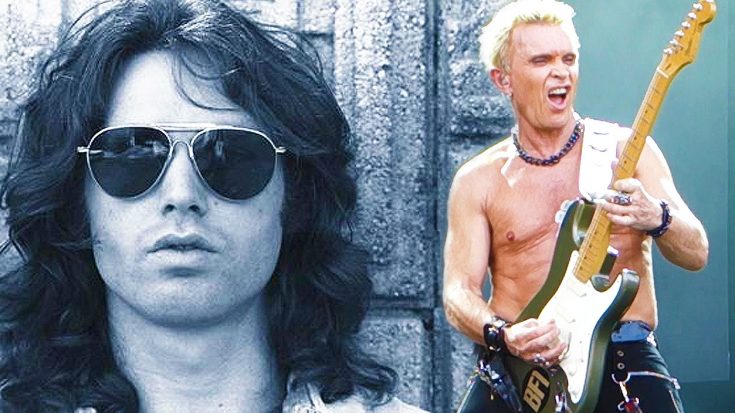 Billy Idol covering one of his Idols

The world lost Jim Morrison in in 1971 at the young age of 27 years old. Since then, there have been a myriad of tributes and covers of his solo work, and his band The Doors. When Billy Idol took the stage at Outside Lands Festival in 2015, he decided to pay tribute to Jim Morrison, one of his inspirations and heroes.

Billy and his band kicked out an epic cover of The Doors’ hit “LA Woman” for the festival crowd. Billy changed the song up a bit, by cranking up the guitars and other instruments, but for the most part he remained true to the original sound of the song!

Morrison recorded his vocals for “LA Woman” in the studio bathroom to get a fuller sound. He spent a lot of time in there anyway because of all the beer he drank during the sessions.

The crowd has a great reception to Idol’s cover, and we’re glad to see him still up there rocking at the age of 60 years old! We’re pretty positive Jim was smiling down on him during this performance!

Enjoy the awesome cover for yourself down below!