Bianca Ryan – Piece Of My Heart – America’s Got Talent (WATCH) 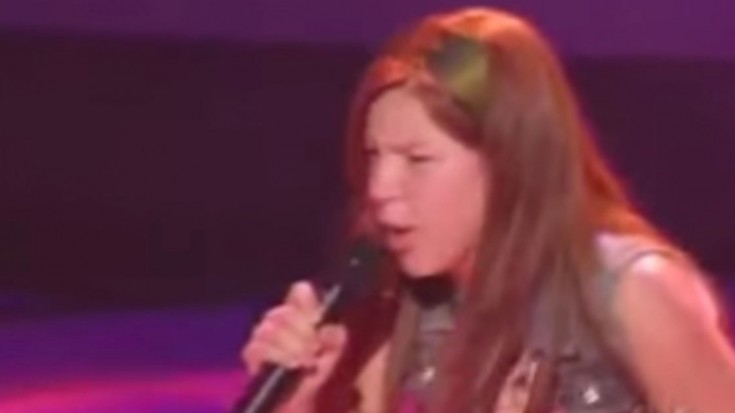 Wow! This 11 year old NAILS this classic Joplin tune. How adorable is she!?

I think I was playing in the mud when I was her age, definitely not taking on a HUGE song, in front of millions of people. “Piece of My Heart” is a romantic love song written by  Jerry Ragovoy and Bert Burns.” The song came to greater mainstream attention when Big Brother and the Holding Company (ft. Joplin on lead vocals) covered the song in 1968 and had a much bigger hit with it.” The song has since been remade by several singers.

Check out some awesome FACTS about this icon below. You might just learn a thing or two!

1. Her Last Recording Was a Birthday Greeting for John Lennon

The last recordings Joplin completed were ‘Mercedes-Benz’ and a birthday greeting for John Lennon. Joplin recorded the old Dale Evans cowboy tune ‘Happy Trails’ for the former Beatle, which is sort of spooky given the lyrics are “Happy trails to you, ’till we meet again.” The tune was titled ‘Happy Birthday, John (Happy Trails)’ and released on the Janis box set in 1993. Lennon told talk show host Dick Cavett that her taped greeting arrived at his home after her passing.

2. She Was Getting Tattooed Long Before it Was Trendy

In 1970, Joplin was tattooed by legendary artist Lyle Tuttle. He inked a famous design on Janis’ outer wrist in his shop in San Francisco. The symbol stands for the liberation of women. She also had a small heart tattooed over her left breast.  “I wanted some decoration. See, the one on my wrist is for everybody; the one on my tit is for me and my friends.”

4. You could have seen her at Woodstock for less than $20!

5. She only had one hit single during her career

“Me and Bobby Mcgee” reached number one on the charts in 1971, the year after her death. It was the second posthumous single in the U.S. after Otis Redding’s “Sitting On The Dock Of The Bay”.