Queen – “We Will Rock You” Live at Wembley Stadium HD 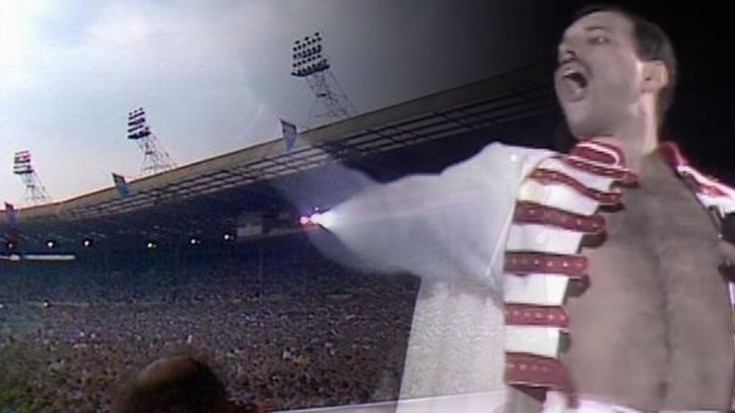 This has got to be one of Queen’s greatest songs ever! You hear it at hockey games. You hear it in movies. You’ve heard it on TV. You hear at lots of different sporting events. That’s because this is a song everyone can sing along to! “We Will Rock You” is something that will get you PUMPED UP! It was actually written by Brian May, and was for the 1977 Queen album News of the World. This song has won on so many levels. It was placed by the RIAA in the 149 place of Songs of the Century. I mean, it was inducted in the Grammy Hall of Fame for crying out loud. Not only that, but the song was rated #330 on the top 500 from Rolling Stone Magazine.

So who could rock out a crowd of 72,000+ plus people at Wembley Stadium? Freddie can. The whole band did. Just imagine that amount of fierce energy in the crowd as they chant and sing along. Wish I was there!

There’s really no music going on here other than a capella, and then that little guitar solo at the end. Just a couple stomps and a clap. That’s all you really need! To compliment the song, “We Are The Champions” was commonly sang right after at live concerts.

P.S. That guitar solo at the end is so sick. It’s ridiculous. A little improvising adds some fuel to the fire here. No doubt.