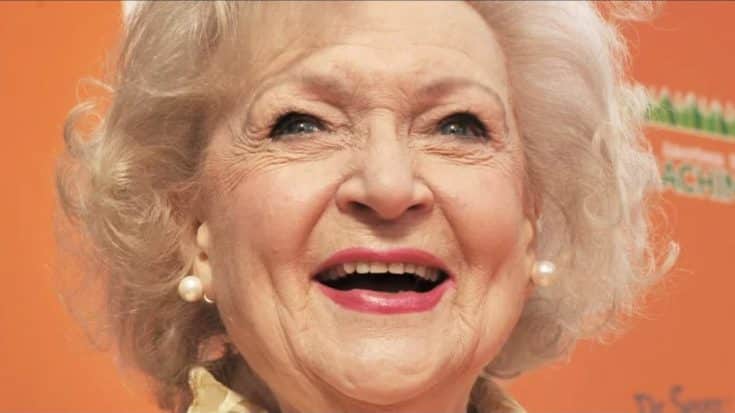 Days before her death, Betty White filmed a video thanking her fans and was supposedly going to be released on her 100th birthday.

On Friday, her team shared the clip on Instagram recorded on December 20, White said:

“I just want to thank you all for your love and support over the years. Thank you so much and stick around,”

The Golden Girls star passed away in her sleep after having a stroke at her home in Los Angeles, California on December 31, weeks before her 100th birthday on January 17.

Alongside the video, White’s team thanked everyone who donated to animal shelters and rescues as part of the #BettyWhiteChallenge to honor that late actress. The challenge went viral following her death.

“She could never have imagined such an outpouring of love and would have been so grateful to everyone,” they wrote.

“She was using the occasion of her 100th birthday to celebrate YOU — her fans,” they added.
“She knew how lucky she was; she felt the love, and she never took it for granted. I think it’s appropriate to post today as a thank [you] from Betty and the animals.”

White pioneered animal rights advocate and dedicated much of her life improving conditions at the Los Angeles Zoo.