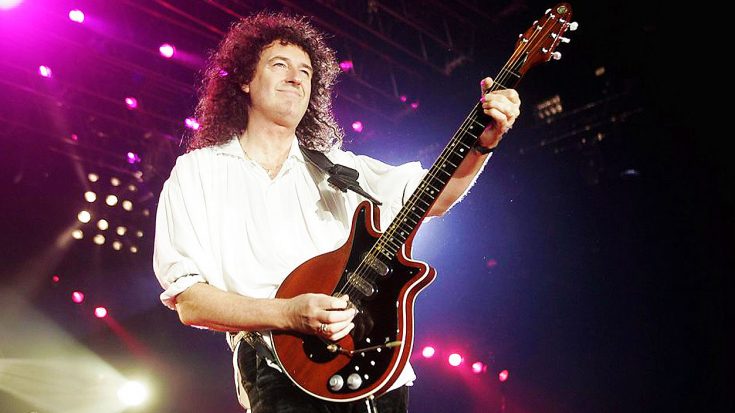 An eight-year-old boy reunited with his lost guitar with the help of Queen’s Brian May and U.K. West End star Mazz Murray.

The pair teamed up and used the power of social media to find the owner of a lost Alhambra classical guitar that was found on London Underground station. Murray discovered the instrument and posted a picture of it online tagging May along with a request for help.

“Someone (a child) has lost this. I found this guitar outside Edgware Tube station. Some poor kid getting royally bollocked right now. Let’s try reunite them.”

May and Murray met during the production of the Queen musical We Will Rock You. May then shared the photos of the guitar to help spread the word.

Magically, it reached Emerson Liu Bancroft, from Borehamwood, UK. He was able to confirm that it was indeed his instrument when he named the items in the case, specifically, a sheet music for the Harry Potter and Star Wars soundtracks.

The kid met Murray at the Novello Theatre, where Murray is currently starring as Donna in Mamma Mia! and the instrument was returned to the young guitarist. May even dropped in via Zoom to say hi to Bancroft.

“YES!!! I’m a little late posting this but … yes – we DID manage to reunite the lost guitar with its owner – a young man called Emerson – who one day will surprise us all!! …Thanks to the redoubtable @mazzmurray for actually powering this happy story – and thanks to all of you who helped spread the word. Social Media as a thing DOES have its good points!”