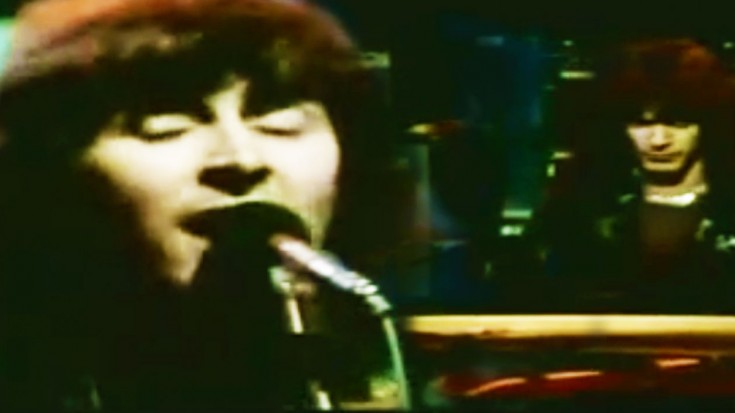 With what may just be one of the most beautiful piano songs ever written, “Year Of The Cat” by Al Stewart is one you cannot forget. Playing his hit on The Old Grey Whistle Test in 1976, Stewart has the crowd on their toes with subtly, seductive vocals that almost caress your eardrums.

“These days, she says, I feel my life just like a river running through, the year of the cat…”

Inspired by Vietnamese astrology, Stewart shared “The Year Of The Cat,” which can also be seen as the Year of the Rabbit, is supposed to be seen as a stress- free year, hence the absolutely stunning melody of this bone chilling ballad.

Interesting Fact: Many of the lyrics were inspired by the 1942 Humphrey Bogart movie Casablanca.

“Year Of The Cat” went on to reach #8 on Hot Billboard 100 in March of 1977 and is known as one of the greatest piano/saxophone, rock ballads of the ’70’s. Al has a way with words like no other does, an effortless vocal flow that keeps you wanting more… Enjoy!

She doesn’t give you time for questions
As she locks up your arm in hers
And you follow ’till your sense of which direction
Completely disappears
By the blue tiled walls near the market stalls
There’s a hidden door she leads you to
These days, she says, I feel my life
Just like a river running through
The year of the cat

While she looks at you so cooly
And her eyes shine like the moon in the sea
She comes in incense and patchouli
So you take her, to find what’s waiting inside
The year of the cat

Year of the cat