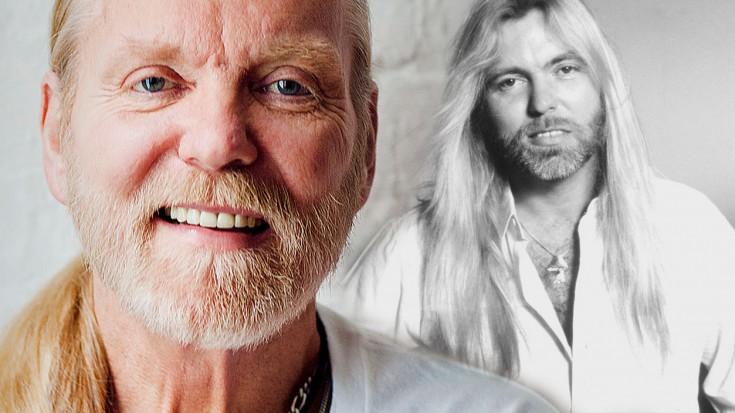 Born on December 8, 1947, Gregg Allman is responsible for many of the Allman Brothers Band songs that have stuck with us for decades, often taking anywhere from months or years to craft the perfect songs and turn them into the masterpieces that have made it onto the band’s albums; in fact, it took a songwriting marathon that yielded 1 good song out of over 200 written to create the iconic ‘Melissa’! However, before it became an Allman Brothers Band classic, it had to start as this absolutely incredible 1967 demo featuring Gregg and big brother Duane in one of the earliest recordings of him on slide guitar.

Fun Fact: ‘Melissa’ was Duane’s favorite song. Gregg performed it at Duane’s funeral in 1971, knowing how much Duane loved to hear him play it at home.

It’s hard to imagine where rock music would be without Gregg Allman and thus, without the influence of The Allman Brothers Band. They’ve been called the principal architects of southern rock, fusing together elements of jazz, blues, and country music and Gregg Allman’s presence as a singer, songwriter, and organ player are every bit as crucial to the Allman Brothers Band’s sound as the late Duane Allman’s brilliant approach to the slide guitar.

Crossroads
Seem to come and go, yeah
The Gypsy flies
From coast to coast

Freight train
Each car looks the same, all the same
And no one knows
The gypsy’s name

No one hears his lonely sighs
There are no blankets where he lies
In all his deepest dreams the gypsy flies
With sweet Melissa, mmm

Again the morning’s come
Again he’s on the run
Sunbeams shining through his hair
Appearing not to have a care
Well, pick up your gear
And gypsy roll on, roll on

Crossroads
Will you ever let him go? Lord, Lord
Will you hide the dead man’s ghost
Or will he lie, beneath the clay
Or will his spirit float away?