Aerosmith Rocks With Led Zeppelin To “Bring It On Home” Live 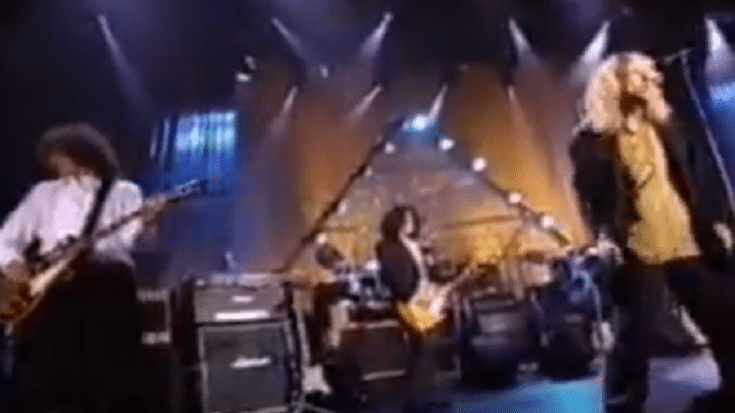 I’m Gonna Give You Lovin’!

“Bring It On Home” was written by Willie Dixon and the first known recording was by American blues harmonica player Sonny Boy Williamson II. It was recorded on January 11, 1963 but released in 1966 for the blues compilation “The Real Folk Blues.”

In 1969, English rock band Led Zeppelin recorded a version of the song for their album Led Zeppelin II. The intro and outro were deliberate homages to the Sonny Boy Williamson song, whereas the rest of the track was an original Jimmy Page/Robert Plant composition.

Led Zeppelin often performed this during their concerts and it became more popular because of the incredibly sharp interplay of Jimmy Page on guitar, John Paul Jones on bass and John Bonhan on drums. During their 1973 US Tour, the riff on the middle section of the song became the intro to the track “Black Dog.”

Plant’s harmonica part was recorded in Vancouver. The band went on tour with the master tapes from Led Zeppelin II and now and then stopped into a studio to record parts.

In 1995, Aerosmith inducted Led Zeppelin to the Rock and Roll Hall of Fame. Steven Tyler and Joe Perry also jammed with the band for the song, “Bring It On Home.”