A Look Back At 5 Songs From T. Rex 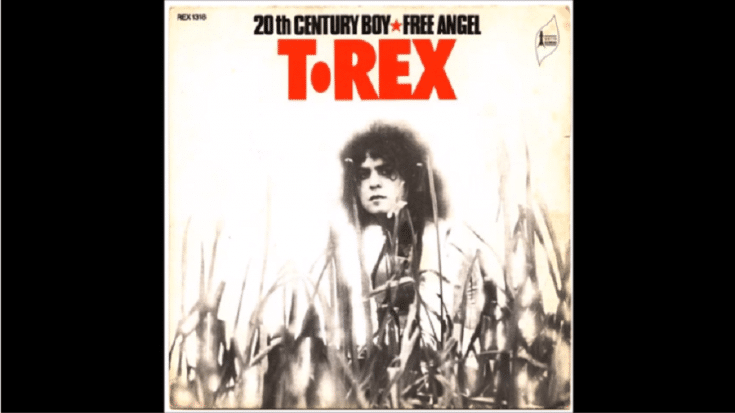 T. Rex (originally called Tyrannosaurus Rex) was founded in 1967 by Marc Bolan. Their first four albums were psychedelic folk but Bolan steered them towards electric rock in 1969. They eventually went on to pioneer the glam rock movement. In the early ’70s, they had a string of hits that made them household names. In 1977, however, Bolan died from a car crash just two weeks before his 30th birthday. It wasn’t long before T. Rex disbanded.

In celebration of their music and incalculable contribution to rock ‘n roll, here are five of their best songs.

Bolan once revealed that the lyrics were taken from celebrity quotes and speeches which is why it’s hard to analyze what the song actually means. Nevertheless, 20th Century Boy is three minutes of pure magic. It’s aggressive and heavy-hitting. That intro alone is all sorts of awesome.

Cosmic Dancer is rather haunting and melancholy. In an interview, Bolan said: “I mean, I am my own fantasy. I am the ‘Cosmic Dancer’ who dances his way out of the womb and into the tomb on Electric Warrior. I’m not frightened to get up there and groove about in front of six million people on TV because it doesn’t look cool. That’s the way I would do it at home.”

This catchy, groovy, and bouncy number is kind of uplifting – that is, until you hear the lines “I said, girl I’m just a vampire for your love / And I’m going to suck you.” Bolan explained, “I don’t sing the old rock ‘n’ roll songs myself. I prefer to change the words and make new songs out of them. That’s all ‘Jeepster’ is.” He also admitted that he drew inspiration from a Howlin’ Wolf song.

It’s strangely addicting. From the riff to the groove, it doesn’t make much sense but it’s brilliant in its own way. It has several sexual references which are a bit difficult to pinpoint but the title alone is the most obvious giveaway.

It’s the quintessential T. Rex song. Metal Guru is in the same league as other ’70s rock anthems. While Bolan might not strike us as religious, he did reveal that it’s “a festival of life song. I relate ‘Metal Guru’ to all Gods around. I believe in a God, but I have no religion. With ‘Metal Guru’, it’s like someone special, it must be a Godhead. I thought how God would be, he’d be all alone without a telephone. I don’t answer the phone any more. I have codes where people ring me at certain times.”