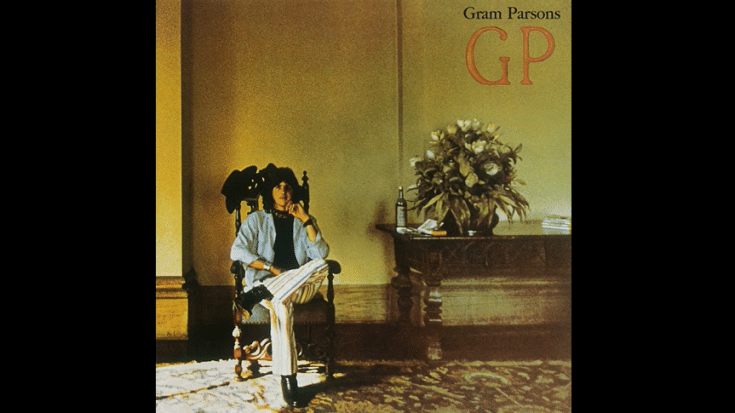 Gram Parsons changed the face of music when he blended country and rock music seamlessly. From his time with with the International Submarine Band, the Byrds and the Flying Burrito Brothers, and as a solo artist, Parsons didn’t achieve massive commercial success in his lifetime but he influenced countless musicians with his body of work earning nothing but praises from his peers.

Here are five of his best songs:

A weeping ballad from his debut solo album, it didn’t chart but it has that understated beauty. Showcasing Parsons’ raw and amazing voice, it’s the highlight of the “GP” LP. It’s quite possibly his best vocal performance.

The Byrds original bassist Chris Hillman once said that Parsons’ vocals on this song will “give you chills” and we can’t help but agree. Parsons showed his emotional and vulnerable side when he wrote this after his breakup with girlfriend Nancy. When they released it in 1969, it was largely overlooked especially since that year spawned dozens of spectacular singles and albums. But The Flying Burrito Brothers got themselves a loyal fanbase that included other rock legends like The Rolling Stones and Bob Dylan.

Parsons’ genius showed through with the imagery in this song. It’s heartfelt and sentimental – it’s also rumored to be about his mother written back in the mid-’60s. Perhaps what’s more heartbreaking is the fact that the album “Grievous Angel” was released four months after his death.

Parsons’ signature song, Hillman said: “If Gram had never written another song, “Hickory Wind” would have put him on the map. The song says it all – it’s very descriptive, with vivid imagery. It’s actually quite literary, but Gram was, we know, was a very bright kid. If you know the guy’s life story, however he conjured up that scenario – it’s right at home. Gram was shuffled off to a prep school, lots of money… that’s a lonely song. He was a lonely kid.”

1. “Return of the Grievous Angel” (Solo)

Recorded with a young Emmylou Harris, it’s one of the best examples of how he perfected the fusion of country music and rock ‘n roll.