5 Big Mistakes John Lennon Has Made In His Career 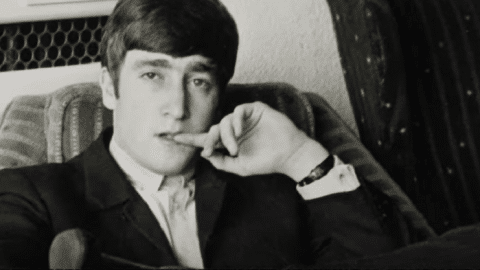 He Was Far From Perfect

Most fans may have put John Lennon on a pedestal but at his core, he’s just human. He wrote great songs, became a pop culture icon, helped shed light on important issues, and strove to be better. But he also had his demons. Even at the height of his career, he was deeply troubled as a result of his unhappy childhood.

He had so many things to be proud of throughout his career but at the same time, he also made mistakes – big ones that are hard to ignore. Let’s look at some of them.

In a 1966 interview with Maureen Cleave, John Lennon said: “Christianity will go. It will vanish and shrink. I needn’t argue about that; I’m right and I’ll be proved right. We’re more popular than Jesus now; I don’t know which will go first – rock ‘n’ roll or Christianity. Jesus was all right but his disciples were thick and ordinary. It’s them twisting it that ruins it for me.” When the article was published in the UK, there was no controversy. A few months later, it was published in an American teen magazine Datebook and they reprinted Lennon’s words without context. It caused so much uproar that Lennon was forced to apologize and explain why he said it. Years later, Mark David Chapman murdered Lennon partly because of that particular comment.

He and Paul McCartney largely ignored George Harrison’s songwriting even though it’s clear that he was in the same league, or even better, than both of them. It wasn’t until their later years as a group when they allowed Harrison’s contributions to be included in the final cut of their albums. Imagine if they used his compositions early on.

Five years ago, a clip of Lennon seemingly ridiculing disabled people during a Beatles show was shown on the U.K. TV show It Was Alright in the ’60s. In the footage, he appears to be imitating the speech and mannerisms of a disabled person .

2. Being an absent father to his son Julian

Although Julian was the inspiration behind three Beatles songs – 1967’s “Lucy in the Sky with Diamonds”, 1968’s “Hey Jude” (1968), and 1968’s “Good Night” – it’s public knowledge that he and John didn’t have a good father-and-son relationship. He was just five years old when his parents divorced in 1968 and since then, had zero contact with John until the early ’70s. In several interviews, Julian has voiced his anger and resentment towards his rockstar dad. He even revealed that he and McCartney hung out more often. He said that he and Paul “had a great friendship going and there seems to be far more pictures of me and Paul playing together at that age than there are pictures of me and my dad.”

Julian also told the Daily Telegraph, “I have to say that, from my point of view, I felt he was a hypocrite. Dad could talk about peace and love out loud to the world but he could never show it to the people who supposedly meant the most to him: his wife and son. How can you talk about peace and love and have a family in bits and pieces—no communication, adultery, divorce? You can’t do it, not if you’re being true and honest with yourself.” John left Julian out of his will.

1. He physically and mentally abused his first wife Cynthia

John Lennon himself admitted that he used to hit women, not just Cynthia. Early on in their relationship, John showed signs of violence. He had a notorious temper and one time, he hit Cynthia across the face in the middle of a heated argument. And then, there’s the controversial Playboy magazine interview in 1980 where John said, “I used to be cruel to my woman, and physically — any woman. I was a hitter. I couldn’t express myself and I hit. I fought men and I hit women.”