10-Year Old’s Voice Will Leave You Speechless When You Hear His Insane Cover Of ‘Jessie’s Girl’! 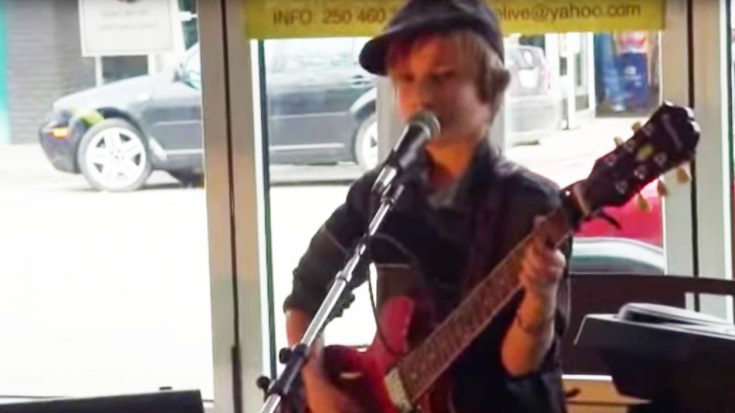 Great song, and even better cover!

Rick Springfield’s “Jessie’s Girl” is an all-time 80’s rock classic! It has one of the best riffs ever, and is one of those songs that every music fan will unapologetically rock out to on any given basis!

One afternoon at a coffee shop, a young kid wandered in, and decided to take the stage to play a song. He busted out this all-time classic and left the audience absolutley speechless! Turns out, this kid taught this song to himself, and hadn’t had any previous lessons! On top of his legendary guitar playing skills, is his fantastic voice! He’s able to hit the harmony with ease!

Who is Jessie’s girl? We may never know, but in our interview with Rick Springfield, he told us the story. Said Rick: “I don’t know her name. It was a brief relationship I had when I was making stained glass for a while. I was going to a stained glass class in Pasadena, and I met this guy and his girlfriend. I was completely turned on to his girlfriend, but she was just not interested. So I had a lot of sexual angst, and I went home and wrote a song about it. Then about 4 months later I stopped going to the class and lost contact with them. The only thing I remember is his name was Gary, so I changed the name, because ‘Gary’ didn’t sing very well. But the whole thing is absolutely what I was feeling.”

Turns out, this kid ended up winning the competition for his age division! We don’t blame the voters, because this kid crushed it!

Check out the awesome video down below and let us know what you think!