So, Apparently Mick Jagger Wrote A Book…Too Bad You’ll Never Get To Read It 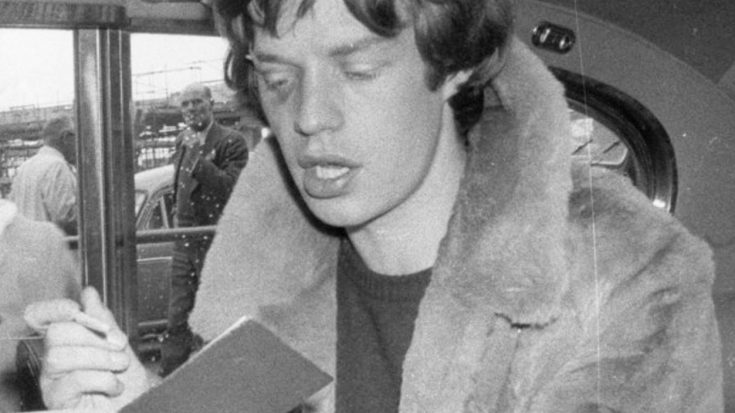 ‘Wild Horses’ Couldn’t Drag Him To Release It

Today in “Things We Want But Can Never Have,” we discovered that Rolling Stones frontman Mick Jagger apparently wrote a memoir in the early 1980s, “baring his soul” and divulging all sorts of fun tales from life backstage and on the road as the frontman of one of the biggest bands to walk the earth. There’s just one problem: we’ll never get to read it.

Here’s why: according to London publisher John Blake, the 75,000 page manuscript and a few of Jagger’s handwritten notes were acquired from a “mutual friend” about three years ago and he claims that the ‘delicious, heady’ memoir was turned down by publishers in the early 80s for being a little low in the sex, drugs, and rock and roll content they were looking for. Blake reached out to Jagger through his manager Joyce Smyth, who confirmed the authenticity of the memoir after receiving a copy and denied Blake’s request to publish the book:

“John Blake writes to me from time to time seeking permission to publish this manuscript,” she said, via her law firm.

“The answer is always the same: He cannot, because it isn’t his and he accepts this. Readers will be able to form a view as regards the matters to which John Blake refers when Sir Mick’s autobiography appears, should he choose to write it.”

Unfortunately for Rolling Stones fans, a Mick Jagger memoir doesn’t look to be on the horizon any time soon; he’s too busy reveling with his bandmates in the success of the band’s latest release Blue & Lonesome and with new son Deveraux on the scene, it’s pretty safe to say that Mick’s time is more or less occupied for the foreseeable future.

We are dying to know about the time he bought that country house while high on psychedelics, though…