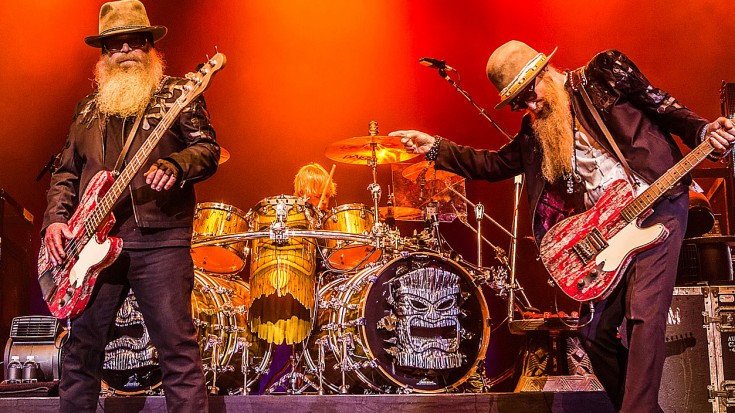 ‘La Grange’ Meets Its Namesake For The First Time In 42 Years!

Known for its traditional boogie blues rhythm, ZZ Top’s ‘La Grange’ has been a crowd favorite and a cultural staple since its release in 1973. It’s named for the city of La Grange, Texas – home to the Chicken Ranch brothel, and the inspiration for both the movie and Broadway production The Best Little Whorehouse In Texas.

For the first time in the song’s 42 year history, ZZ Top performed ‘La Grange’ live at La Grange’s Fayette County Fair in 2015, a major moment for the band that’s been around for almost half a century! Fans have been waiting 40 years to hear Billy Gibbons’ signature “haw, haw, haw” and the most iconic guitar riff in rock and roll live, and ZZ Top did not disappoint!

ZZ Top is one of a small group out of Texas to have a certified-diamond album. which means that the band bringing ‘La Grange’ to La Grange is a significant moment!

It’s hard to tell who’s having more fun – the band, or their fans! No one’s sure what took ZZ Top so long to bring this cult classic to La Grange, but one thing is for sure: we’re glad they did, and they definitely gave La Grange the performance they’ve been waiting for!