Van Morrison, “Into The Mystic” 1974 Live At The Winterland Ballroom 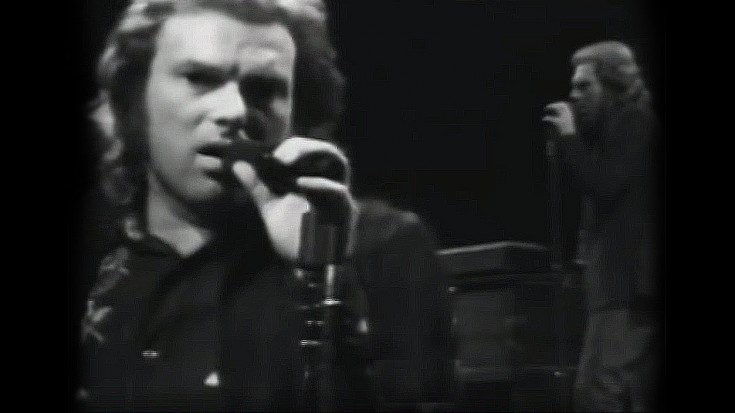 Live From The Winterland Ballroom, 1974

It’s no secret that Irish singer-songwriter Van Morrison doesn’t like performing live. In fact, we’d go so far as to say he kinda hates it. This 1974 performance of ‘Into The Mystic’ at San Francisco’s Winterland Ballroom goes down in history as one of the best performances of Van’s entire career, but it comes at the cost of the audience invoking his ire.

The show starts, and it’s clear that Van Morrison is in a horrible mood. No one knows what’s set him off, but just before launching into ‘Into The Mystic’ he tells the crowd that they’re boring him, and that if they just “shut their mouths” they’d get what they want. Judging by their cheering, however, the crowd is unfazed!

Despite the harsh note on which he began, Van quickly turns it into one of the most passionate performances of his entire career and one of the best we’ve ever seen. For someone who hates live performances so much, Van has proven time and time again to have a fantastic gift for entertaining; and who knows, maybe that’s the secret to how he always manages to reel us in!

+ Into The Mystic lyrics +

Hark, now hear the sailors cry
Smell the sea and feel the sky
Let your soul and spirit fly into the mystic

I don’t have to fear it and I want to rock your gypsy soul
Just like way back in the days of old
And together we will flow into the mystic
Come on, girl

Too late to stop now