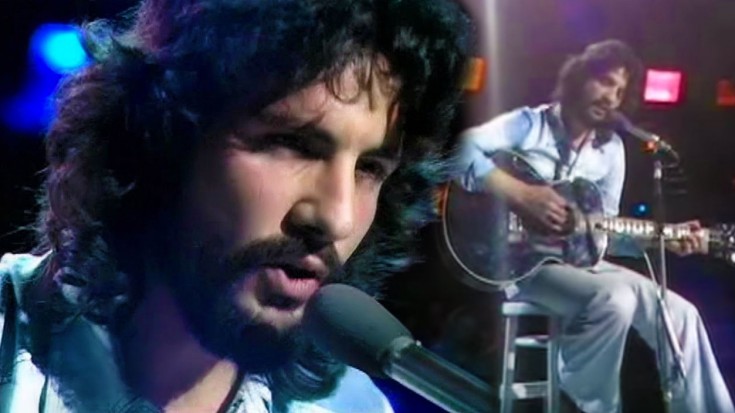 British singer-songwriter Cat Stevens wrote ‘Wild World’ in 1970, inspired by the breakup of his relationship with actress Patti D’Arbanville. It’s the tale of a man wishing a departed lover well, and its warm and protective feeling softens the blow of the song’s overall theme of loss and leaving.

This 1970 performance is incredible! Small and intimate, it features a young Cat Stevens, armed with only an acoustic guitar and two other guitarists accompanying him. Cat’s lost in his own world, likely recalling some of his fondest memories with Patti D’Arbanville, and the crowd is stunned into silence until the final note rings out and they erupt into applause.

Cat’s 1970 album Tea For The Tillerman featured ‘Wild World’, and Chris Blackwell of Island Records called it “the best album we’ve ever released” to that date.

For someone so incredibly shy and who stayed out of the limelight for 3 decades after that, Cat has such a quiet but powerful stage presence!

Whether you’ve followed his career since he was known as Cat Stevens or you discovered him long after the world knew him as Yusuf Islam, one thing is clear: this performance of ‘Wild World’ is by far and away one of Cat Stevens’ most iconic performances, and it’s one that you definitely don’t want to miss!