Even To This Day, An Improvised Zakk Wylde Solo Puts All Other Guitarists To Shame 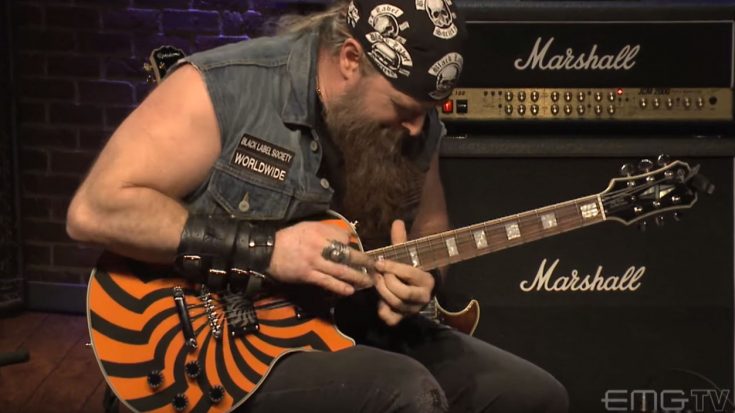 Can Zakk Wylde Be Any More Awesome!?

Zakk Wylde, aka former guitarist for Ozzy Osbourne, aka the metal viking, aka the man with the best beard in all of heavy metal is widely known as one of the most aggressively innovative and uniquely prolific guitarists of the last three decades.

His playing is often imitated, but never duplicated. He’s a bonafide shred master. It’s as simple as that. So the video we have for you here today should not necessarily be anything surprising, but it is still definitely an amazingly spectacular thing to see!

What you’re about to watch is Zakk Wylde sit down with the folks at EMG TV and shred an amazingly fast solo over a track created by Andy James, and as you’d expect, it’s simply amazing. His fingers look like they are in fast motion! They are moving so mast that it’s hard to keep track of where they are! See for yourself…