Pete Townshend Freaks Out On Roadie During Concert 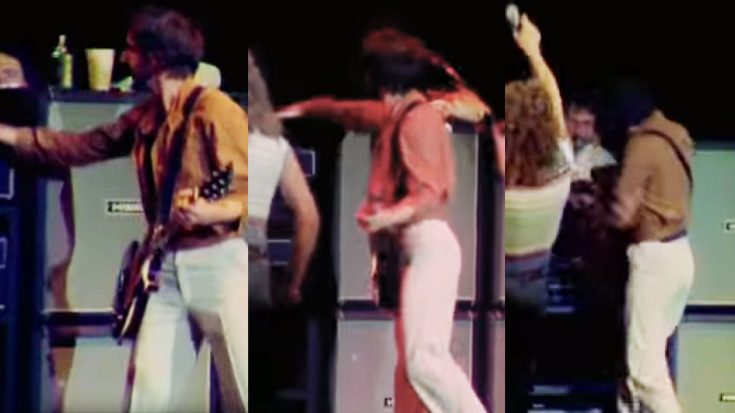 The Who were known for destroying their instruments following a performance. A normal ending to one of their shows featured Keith Moon kicking his drums over, Roger Daltrey pushing over amplifiers, and Pete Townshend and John Entwhistle smashing their respective guitars. Usually the destruction took place after their set, but in this video, Townshend gets angry with a roadie and begins to trash the set before realizing there’s still more show left to play. Pete walks over to his amp and spots the roadie messing with something and lashes out at him, pushing over a couple of amps and knocking over a few drinks and plates of food in the process.

From our interpretation, it looks as if Pete walks over to the amps looking for a pick. He finds out that the picks are missing, so the roadie attempts to hand him one, only to anger Pete more. Pete was used to having the picks on top of the amp, but when they weren’t there, his reaction was to lash out at anyone and anything. It was probably just a miscommunication between him and the roadie, but Pete has been known for getting frustrated on stage throughout his career.

Watch the freakout down below!